Sam Curran, coming in at No 8, slammed 95 not out as England threatened to seal an unlikely victory 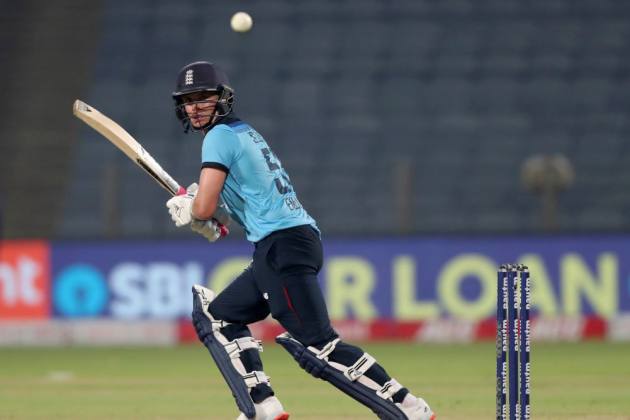 England stand-in skipper Jos Buttler saw shades of the 'great finisher' Mahendra Singh Dhoni in Sam Curran's valiant 95 not out that went in vain as India sealed the ODI series 2-1 by winning the third and final match here on Sunday.
Highlights | Scorecard | News

In a nerve-wrecking series decider, Curran, coming out to bat at number 8, led a fine England fight back after they were seven wickets down for 200 to revive the visitors' hopes of chasing down 330 but eventually fell short by seven runs.

With all eyes will now be on the IPL beginning on April 9, Buttler believes Curran, who is in the Dhoni-led Chennai Super Kings, will have a great opportunity to talk to the former India captain.

"I'm sure Sam would want to talk to MS about tonight's innings," Buttler said at the virtual post-match news conference.

"I'm sure there were shades of the way that he (MS Dhoni) would have liked to take the game down if he was in that situation. He's a great person for Sam to have a conversation with when he meets up MS (in the IPL)."

England all-rounder Moeen Ali will also play for CSK in the IPL.

"We know what an amazing cricketer, finisher MS Dhoni is. A brilliant learning curve for all our players to share dressing rooms with guys like MS' stature in the game. I'm very excited for them."

The world champions had chased down 337 in 43.3 overs in the second ODI and Buttler said 330-target was a manageable score but they never had any partnership going.

"We were happy to chase that score. We thought that was a manageable score, but we lost wickets at regular intervals and never got those partnerships together. Never thought run-rate would be a big issue but we lost wickets," Buttler said.

"Small, small things could have done better. I think with the ball we were not quite as disciplined as we have been early on. We gave them a few too many easy boundary balls. They didn't have to work too hard for those boundaries, but then we pegged back pretty well with spinners picking up those wickets," he added.