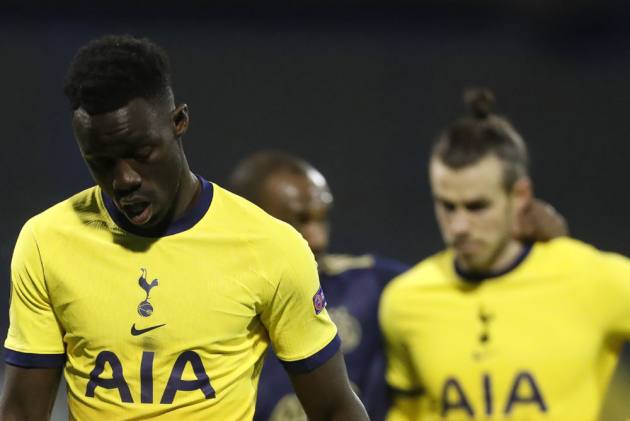 Jose Mourinho wants to see "the basics of every job" from his Tottenham team against Aston Villa, although he is concerned there was no response from last week's defeat to Arsenal. (More Football News)

Spurs had the chance to move on from their north London derby defeat by securing a place in the last eight of the Europa League, having taken a 2-0 lead over Dinamo Zagreb into the second leg in Croatia.

But a desperate performance saw Tottenham crash out of the competition as Mislav Orsic's hat-trick - his second for Dinamo in Europe - inspired a stunning 3-0 home win after extra time.

It was just the third time in 196 European matches as a coach Mourinho had lost by a three-goal margin.

While Dinamo won just one more duel (76) than Spurs across the 120 minutes, the away boss felt there was a lack of commitment from his side.

1 - Tottenham are the first English side to take a two goal lead into the second leg of a European knockout tie and fail to progress since Manchester City against Monaco in the last 16 of the 2016-17 UEFA Champions League. Stunned. #UEL pic.twitter.com/rdWw3vJO8R

Explaining why the Dinamo defeat caused him so much pain, Mourinho added: "I had in Europe moments of big pain, but pain caused by what football is.

"I lost two Champions League semi-finals on penalties - it hurts you, I'm maybe still bleeding - but the feeling for the passion for football, the respect for your job is something that hurts me deeply.

"I have this very bad feeling because, maybe for some people in football, football is a job, a way to make money. For me, it's much more than that.

"That's why I never lose these basics of football, which is the passion, the heart, the desire. I feel very, very hurt. I cannot find more words to describe it."

Mourinho struggled to explain how Tottenham could rally against Villa, having expected to see more in the Europa League in the aftermath of the 2-1 reverse at Emirates Stadium.

"It's the same question as after the game against Arsenal, and I didn't see what I wanted to see," he said.

"It's hard to say, because I was expecting a completely different attitude and we didn't get that.

1 - This is the first time both Arsenal and Tottenham have lost a game on the same day in all European competition. Hungover. #UEL pic.twitter.com/eqFI39ps0J

"Obviously what I want against Aston Villa is all the ingredients I said in some of the previous questions, what I consider the basics of an honest professional.

"The basics of every job are the honesty, the commitment, the desire, the respect for the people that expect that you do good work. All these ingredients, that's what I expect to have every day."

Another setback would see Mourinho lose 10 league matches in a campaign for the first time in his career, but Spurs have an impressive record at Villa Park, unbeaten in nine in the Premier League and winning on their past five visits.

Tottenham can close the gap to the top four to three points by winning this game in hand, a vital step as the league is their only remaining route back to the Champions League.

Meanwhile, the club's last remaining trophy hope this season is in the EFL Cup. They will face Manchester City in the final and Mourinho knows recent standards will not be enough to trouble the league leaders.

"We can say that we lost a competition," he added. "Of course, the only chance we have to win a trophy this season is the final that we have to play against a very good team, against the next champions, against the team that match after match showed an incredible desire to win.

"It will be a very, very difficult final. If we want to have a chance to win it, of course the attitude has to be completely different."