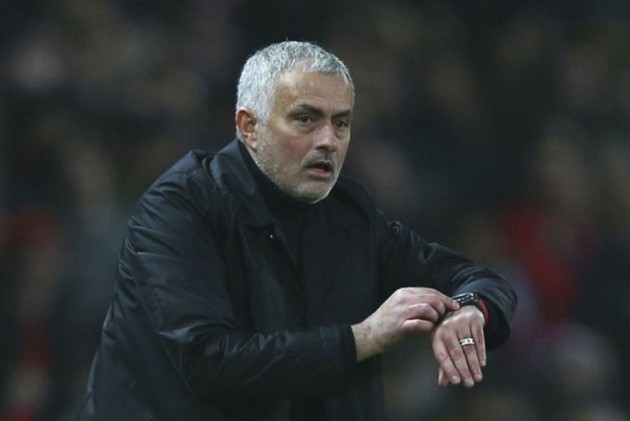 Jose Mourinho blasted Manchester United's performance in their 2-0 defeat at West Ham and said he sees no improvement in Ole Gunnar Solskjaer's side since last season.

Goals in either half from Andriy Yarmolenko and Aaron Cresswell condemned United to their second Premier League defeat in six matches and it was the lacklustre performance at London Stadium that drew criticism from Mourinho.

While admitting that the side he managed in the early part of 2018-19 before Solskjaer replaced him were "bad", Mourinho said they looked no better than the one that recorded a disappointing sixth-place Premier League finish last team, despite Aaron Wan-Bissaka, Harry Maguire and Daniel James all arriving at Old Trafford in the close season.

Asked on Sky Sports whether he could find any positives in United's performance, Mourinho said: "No… I can't find.

"We were bad last season but I don't see any improvement this season, even with three new players – and I have to say players with a positive impact. I like these three and I think they are bringing some good quality to the team.

"But the team as a team, I don't like at all. I am not surprised by the result and I don't think Ole can take any positives from the game."

Former United midfielder Roy Keane weighed in with similarly damning comments, pointing to a lack of leadership as one of United's problems.

Solskjaer ended the game with Jesse Lingard as a lone striker after Marcus Rashford went off with a groin problem and, with the club facing something of an injury crisis, Keane underlined the scale of the challenge ahead for the manager.

"I don't know where to start," said Keane. "I knew they weren't in a great place but I'm shocked and saddened by how bad they were today.

"I know you can lose a game of football but everything about United [was] lacklustre, low quality, a lack of desire, lack of leaders, lack of characters.

"It's a long way back for United. It's scary how far they've fallen."