The Australian fast bowler was part of Chennai Super Kings played in the IPL and wouldn't be able to feature in the Sheffield Shield to prepare for the Tests. 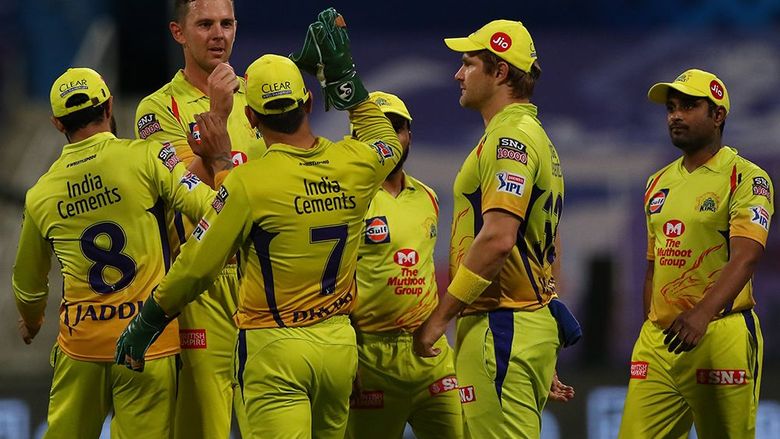 Australian pacer Josh Hazlewood believes "one big day" of bowling with the red-ball or featuring in a tour game will be enough to prepare for the much-anticipated four-Test home series against India.

The series is scheduled to begin in Adelaide from December 17.

Hazlewood, along with his Australian teammates David Warner, Pat Cummins and Steve Smith, played in the IPL and wouldn't be able to feature in the Sheffield Shield to prepare for the Tests. (IPL NEWS|POINTS TABLE | FIXTURES & RESULTS)

India's tour begins with three ODIs starting on November 27, followed by as many T20Is, the final two games of which will clash with a three-day tour match against India A from December 6-8 at Drummoyne Oval.

"Cricket is cricket and if you're playing one-day cricket, T20 cricket, at least the intensity is there and it's about having those big (training) days," Hazlewood was quoted as saying by cricket.com.au.

"I could probably get away with one big day if that makes sense, where I bowl the best part of 18 or 20 overs in a day and field the whole day. Once you do that, you're pretty close."

Hazlewood, a first-choice Test bowler, has been named in Australia's squad for the limited over series but he is not an automatic selection in the T20I side.

"Three one-dayers in a week is also a very good marker to see where you're at – you're bowling 30 overs at international intensity, you're fielding 150 overs, you've got a bit of travel in there as well," he said.

"It's pretty close to a Test match but the back-to-back days bowling and taking those 20 wickets is a different story.

"Certainly, I would love to get some red ball (cricket) in at some stage whether that's having big days at training or in that tour match, so we'll see how it pans out."

Hazlewood said patience will be the key when he switches to Test cricket.

"Coming from a lot of white-ball cricket (where) you're probably looking for wickets. You're bowling more of your change-ups, yorkers, (and) you're not bowling more than 10 overs so you're trying to make an impact," said Hazlewood, who made his Test debut against India in 2014.

"Once you get that red or pink ball in your hand then patience is a big one for me and it's about building pressure.

"It's playing the long game and not getting too impatient with the way I'm bowling, and that's how my wickets come about – through patience."