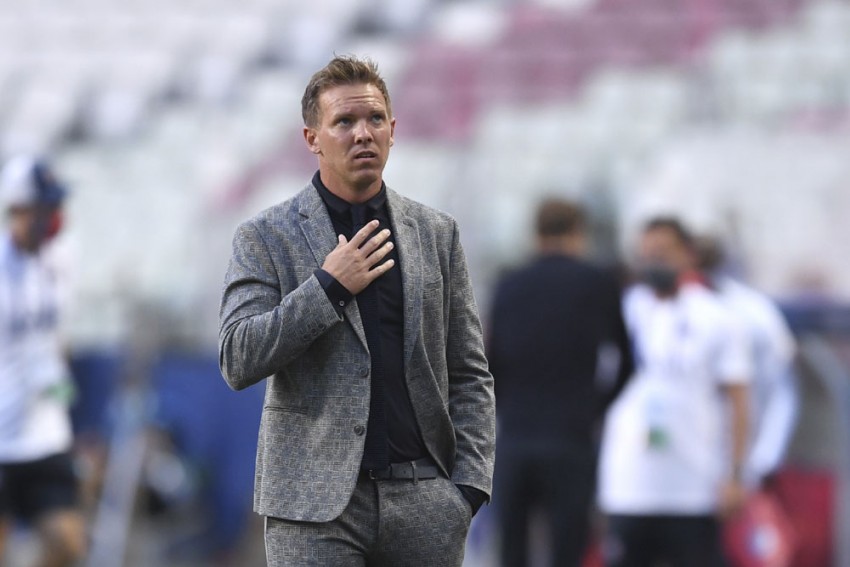 RB Leipzig coach Julian Nagelsmann says it is "not impossible" for his side to overturn their 2-0 first-leg deficit against Liverpool in the Champions League last 16. (More Football News)

Leipzig were beaten 2-0 in their 'home tie' in Budapest by the English champions, who will host the German club in Liverpool in early March for the second leg.

Angelino hit the post early on for RB Leipzig before Alisson was forced into a good save to deny Christopher Nkunku in the second.

Liverpool then capitalised on Leipzig mistakes with quick-fire goals from Mohamed Salah and Sadio Mane offering the Reds a major advantage ahead of the return leg.

"We know the result, but I think we played a good game," Nagelsmann said. "We'll take this with us to the second leg.

"I already want to say before somebody asks the question: The situation is not easier of course, but not impossible either.

"We will do everything and try to reach the next round."

We'll keep fighting 'til the end

Leipzig had 12 shots to 10, while Liverpool had three shots on target to two and also edged possession in a tight game, where Nagelsmann said capitalising on chances was the difference.

"We needed two, three minutes after these two mistakes," the 33-year-old coach said. "It’s the classic question to ask, if these mistakes will be punished at this high level.

"This is basically punished on every level. Then we needed five, six minutes to bounce back. It was good that we didn't concede a third goal. Then my boys did well again."