The 1990 World Cup winner announced his surprise decision in a post on his Facebook page, three days after Hertha slumped to a 3-1 home defeat to fellow strugglers Mainz which left them just six points above the drop zone 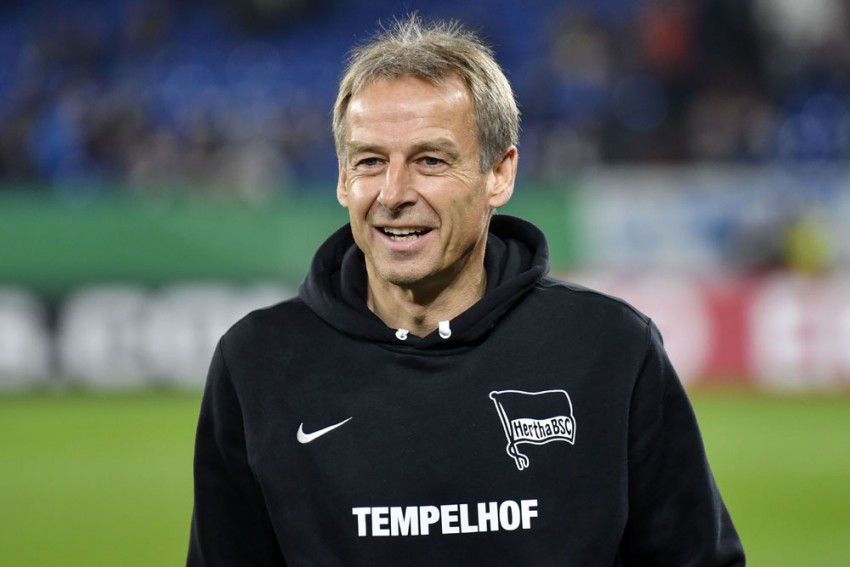 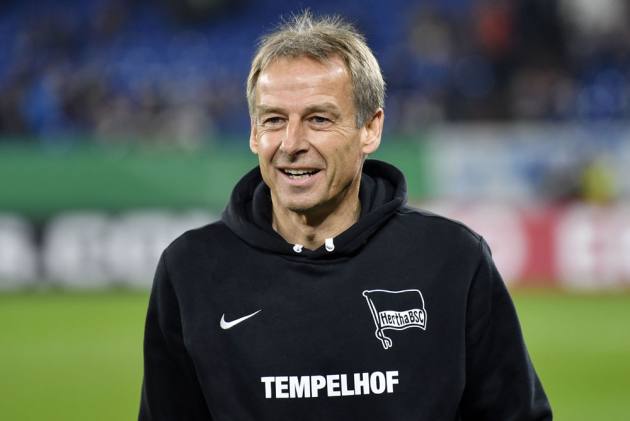 The 1990 World Cup winner announced his surprise decision in a post on his Facebook page, three days after Hertha slumped to a 3-1 home defeat to fellow strugglers Mainz which left them just six points above the drop zone.

"After long consideration, I have decided to give up my position as head coach and return to my original, long-term role on the club board," wrote the 55-year-old.

"I am convinced that Hertha will stay up," he added in a message addressed to the club's fans, before suggesting that he felt a lack of trust from the club hierarchy.

"In a relegation fight, unity, solidarity and concentration on the essentials are the most important things. If they are not guaranteed, I can't reach my potential and live up to my responsibility as coach."

Klinsmann's decision is a hammer blow to Hertha, who had looked to him to guide them away from relegation and towards the Champions League places.

"We were very surprised by what happened this morning. There were no previous indications of this decision," said sporting director Michael Preetz.

The club confirmed that Klinsmann's assistant Alexander Nouri would take over as interim coach with immediate effect.

Former Germany boss Klinsmann was brought in as a short-term solution in November after a disastrous start to the season under coaching novice Ante Covic.

Since taking over, he has become the face of Hertha's bold new ambitions to establish themselves among the Bundesliga elite, following a lucrative new deal with investor Lars Windhorst last summer.

According to German daily Bild, Klinsmann may have resigned due to a dispute with the club over his future in the Hertha dugout.

The newspaper claimed that Klinsmann was frustrated by the club's reluctance to guarantee his job as coach beyond the summer.

The former Bayern Munich, Inter Milan and Tottenham star will retain his place on the club board, a position he held before taking over from Covic last November.

As Germany head coach, Klinsmann presided over the so-called "summer fairytale" of 2006, leading the national team to the World Cup semi-finals on home soil.

Hertha was only his second job in club football, following a similarly ill-fated spell at Bayern Munich in 2009.