While Man City, Man United and Chelsea have spent heavily, Liverpool's only arrival has been center back Ibrahima Konate for a reported USD 50 million 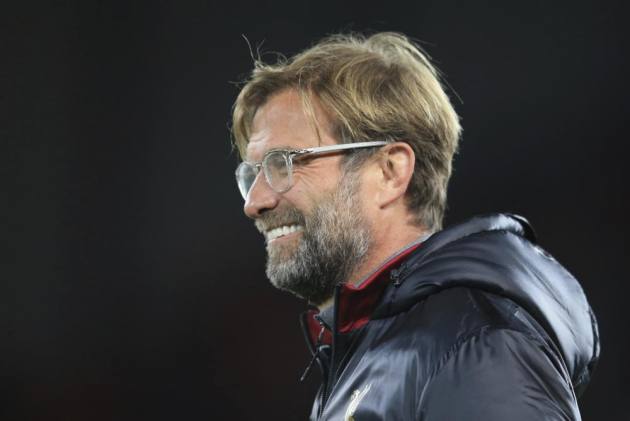 Liverpool manager Jurgen Klopp celebrated a contract extension for star defender Virgil van Dijk and defended the club's lack of outlay on players compared to some of its rivals this off-season, saying Friday: "We can't spend money we don't have." (More Football News)

Van Dijk has signed a new deal until 2025, a huge vote of confidence by Liverpool in a player who has not featured in a competitive match for 10 months because of a serious knee injury sustained early last season.

Having continued his rehabilitation by playing in four friendly matches, the latest being Sunday's 70-minute outing against Athletic Bilbao, Van Dijk hopes to start his first match since October in Liverpool's Premier League opener against Norwich on Saturday.

"I feel like I am ready for the weekend, so we'll see what the manager decides," said the 30-year-old Van Dijk, whose previous deal ran until 2023.

Klopp said he has not yet made a decision, though indicated Van Dijk was in position to start.

"He is now training with the team for 3½ weeks and he has played minutes in different games," Klopp said.

"He has played long — he could have played 90 minutes in the last game, we just didn't try — so he is in good shape.

"He is a really important player for us so we are really happy with the situation."

While Manchester City and Chelsea have spent club-record fees — of USD 139 million and USD 135 million, respectively — on Jack Grealish and Romelu Lukaku and Manchester United's outlay will be up to USD 150 million on Jadon Sancho and Raphael Varane, Liverpool's only arrival has been center back Ibrahima Konate for a reported USD 50 million.

Klopp suggested Liverpool will not be making any more signings and said the Reds "cannot compare with other clubs."

"They obviously don't have any limits,"he said, having previously name-checked Chelsea, City and Paris Saint-Germain, who have owners from Russia, Abu Dhabi and Qatar.

"We have limits. But we were quite successful even with having limits in the last four years.

"That is what we should try again, and not use it as an excuse … we want to use our resources — that's passion, a good way, desire, a clear plan, direction, flexibility. Let's see which is the right way. We can't spend money we don't have. We cannot, maybe others can."

Klopp was asked specifically why Liverpool hasn't replaced Georginio Wijnaldum, who ran down his contract and opted to join PSG in the off-season, and said he had enough options in his squad to cover for the loss of the Netherlands midfielder.

Young players Curtis Jones and Harvey Elliott are set to play bigger roles in the squad this season.

"I'm in my sixth year here and pretty much apart from the year we signed Ali (Alisson) and Virg (Van Dijk), it's always the same — it looks like always we don't sign enough, we don't do enough,” Klopp said. “But I think the most important thing, and I think the fans agree with this, is having a group together who is fun to watch, fighting together, who is definitely 100% committed to the club and the values. We have that.

"We cannot just add on players to the squad and say, Let's have a look how that works.' You have to deal with the squad the whole year."

Liverpool won the league by 18 points in the 2019-20 season, only to finish third last season in trailing home 17 points behind City.

IND Vs NZ: Mayank Agarwal Credits Rahul Dravid, Sunil Gavaskar For Success After 120 Not Out