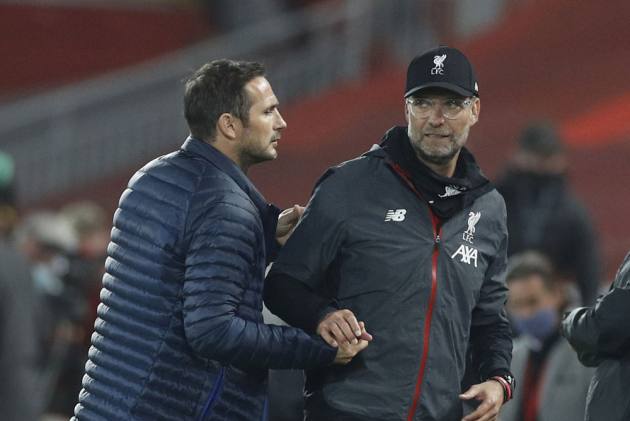 Thomas Tuchel has been gifted such a talented squad at Chelsea, according to Jurgen Klopp, who described the decision to sack Frank Lampard as "really harsh". (More Football News)

Having confirmed Lampard's departure on Monday, Chelsea announced Tuchel's appointment just over 24 hours later, initially on a contract that runs through until the end of the 2021-22 season.

Still, Klopp felt Lampard deserved more time and hopes the former England international can go on to enjoy a fresh start elsewhere in his managerial career, free from the pressures of being in charge at a club where he has such a deep personal history.

"Two things have happened. One is that Frank Lampard lost his job and I have to say, that's a really tough one, to be honest," Klopp told the media.

"I think Chelsea did an incredible job in the transfer market in the summer, bought in really good players. Things like this need time – it's completely normal.

"I think it's really harsh to make that decision that early, but Mr Abramovich gives you some chances – money, players, whatever – but is not the most patient person in the world, obviously.

"I feel for Frank because he's a young, really talented manager. I wish him only the best. He will be fine, I'm sure. It's a hard one if it's your club, and obviously Chelsea was Frank's club.

"Maybe it's good now the story is over. He can go everywhere and be completely fresh and without any history."

3 - Only three teams to have won 29 points or fewer from their opening 19 Premier League games have ended that season in the top four. Challenge.

As for the new man in charge at Chelsea, Klopp knows all about his fellow German's qualities - Tuchel replaced the current Liverpool boss at Borussia Dortmund in 2015 - and expects him to have an impact at Stamford Bridge.

"For Thomas Tuchel, it's great. Unfortunately, a really good, good manager," Klopp joked. "I've known him a long [time] and respect him a lot.

"This Chelsea squad is a present, eh? I'm pretty sure Thomas sees it like that. They will be good."

Klopp and Tuchel will go up against each other in the Premier League in late March when Chelsea visit the reigning champions.

However, it will not be Tuchel's first experience of being in the opposing dugout at Anfield. He was in charge of the Dortmund team that famously lost 4-3 in the second leg of a Europa League quarter-final in April 2016, while he also suffered defeat there with Paris Saint-Germain in a Champions League group game in September 2018.