Jurgen Klopp Is Just Getting Started At Liverpool, Says Allison 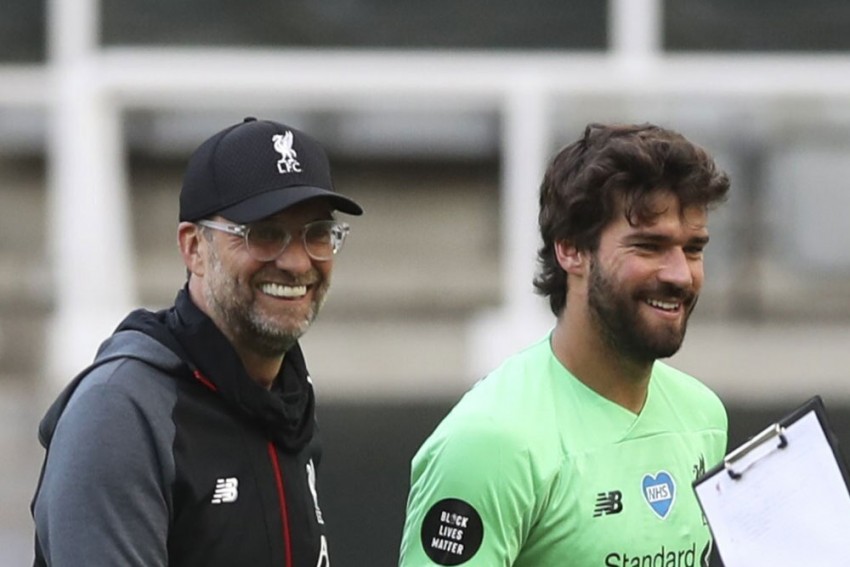 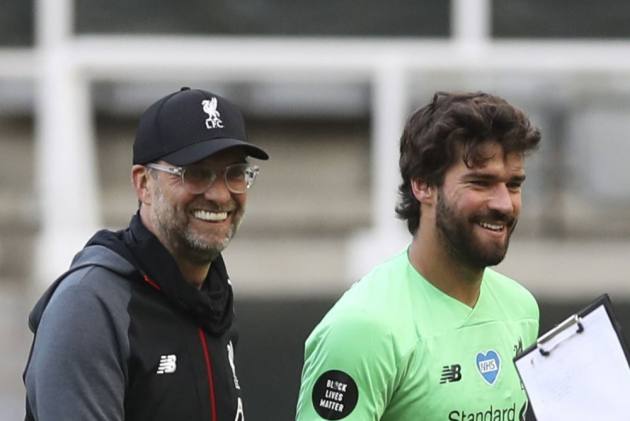 Liverpool goalkeeper Alisson paid tribute to manager Jurgen Klopp for his impact on the Premier League champions and is convinced the German is just getting started. (More Football News)

After 30 years without a league title, Liverpool finally ended their drought this season, blowing away the competition as they finished 2019-20 18 points clear of second-placed Manchester City.

Their haul of 99 points is the second-highest in the competition's history, while they wrapped it up with seven games to go – a feat no side has ever accomplished before.

Liverpool also won the UEFA Super Cup and Club World Cup this term, but their Champions League defence ended at the hands of Atletico Madrid in March, Chelsea knocked them out of the FA Cup and Aston Villa beat a second-string side in the EFL Cup while the first-team competed for the global crown last December.

Nevertheless, Alisson felt it had been a draining season and he put that down to the drive of Klopp and his plans to keep improving the club's fortunes.

"This was one of the most exhausting seasons I've ever had," Alisson told ESPN Brasil. "I don't know if it was due to the pandemic, the longer season... It was also one of the seasons I played less games because of injuries.

"We got out of the Champions League early, but I think this exhaustion comes from just giving everything we have every time. Klopp has a great portion of that, just telling us what the main objective is.

"We also care about how we are going to get to that objective – training, just how he manages our training sessions.

"He trusts us to do what he wants us to do, on not only training sessions, but also a day-to-day basis.

"He is a passionate guy and he shows that. He wants to win and make Liverpool an even greater club."

Alisson believes it will be important to maintain the values that have got Liverpool to where they are, with unity – rather than relying on individual prowess – behind much of their success.

"Our group is certainly very strong," he continued. "Each player has so much quality individually, and we have at least four players always at the top, the best in the world in their positions, and that makes it a special team. But what really makes a difference is the way we play together.

"We think as one, we all have the same objective, and that is doing everything we can to get those goals, laying it all out mentally and physically."