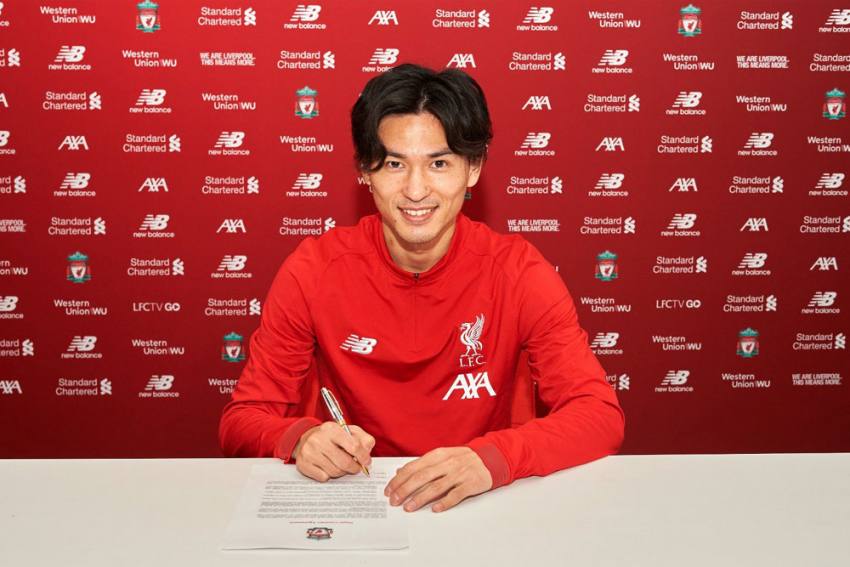 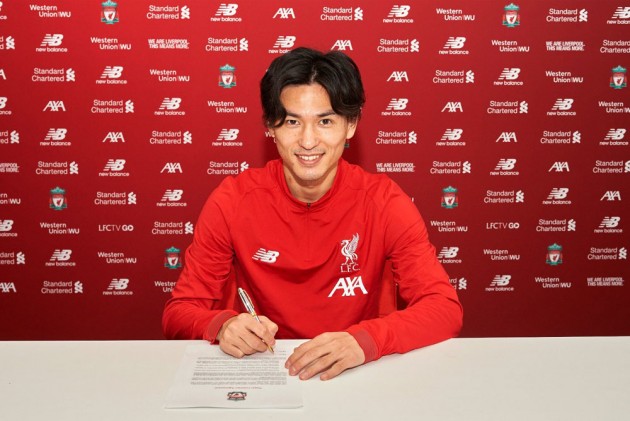 Versatile forward Minamino, who can also operate in a deeper midfield role, is not eligible to play against Sheffield United in the Premier League on Thursday after signing from Salzburg.

Liverpool will have the same squad that battled to a 1-0 home win over Wolves when the Blades head to Anfield with Alex Oxlade-Chamberlain, Joel Matip, Xherdan Shaqiri, Fabinho and Dejan Lovren not ready to return to action, while they have no fresh injury concerns.

But when Liverpool host Everton in the tie of the FA Cup third round on Sunday, Japan international Minamino is in line to make his first appearance for the recently crowned world champions.

"He will come into contention for Everton," Klopp told a news conference. "He's not allowed to play against Sheffield United.

"From the next moment, we're thinking about the squad. He was here yesterday and enjoyed it a lot, Sadio [Mane] and Naby [Keita] with the Salzburg DNA, it was really nice.

"I'd like to be a new player in that group as they are really welcoming with open arms, it's really nice and he felt that. His English is OK, German is really good, that helps me but not the team.

"We can talk, didn't too much yesterday but it's important he settles. We signed the player that was at Salzburg, just be who you are. We're looking forward to it.

"We signed him, the guy who played like crazy against us [in the Champions League], be like that and it's fine. We'll see how it goes but in this period especially it will not be 15 weeks until we use him, it's not how it is.

"Is he the finished article? I don't know. We start learning about him and it's what we want to do. He'll play but how many minutes I don't know."

Klopp, who indicated Liverpool are unlikely to make further signings in the January window, called for patience with Minamino.

"It would be crazy, really nice if you could give him time," Klopp added. "We have a really good team and offensively we have some of the probably best players in the world.

"He can play different positions. At the last press conference we spoke and my friends at the Daily Mail made a headline, 'he's really good, I have no clue where to play him'.

"I wanted to say we have many options for him. I don't know when he starts or where but I don't have to know at this moment. We want to see his natural skills so will not fill him with information, we want him to be as natural as possible. All the people need to give him a bit of time.

"I asked [ex-Salzburg boss] Marco Rose and he was very positive, so he can start now, will learn English quick, speaks a little bit already.

"He was in the rondo with the English guys and there's a lot of talk, he didn't get a word with [James] Milner, Robbo [Andy Robertson], Trent [Alexander-Arnold] speaking. Not sure an English guy would understand them but he will adapt. Now he's here and he will work."

Minamino's arrival could push Adam Lallana down the pecking order with Klopp unwilling to give any update on whether the 31-year-old will sign an extension to his contract, which expires at the end of the season.

"He's a very important player at the moment and in the future, we will see. Most important thing is he is 100 per cent fit. He is in a perfect place."