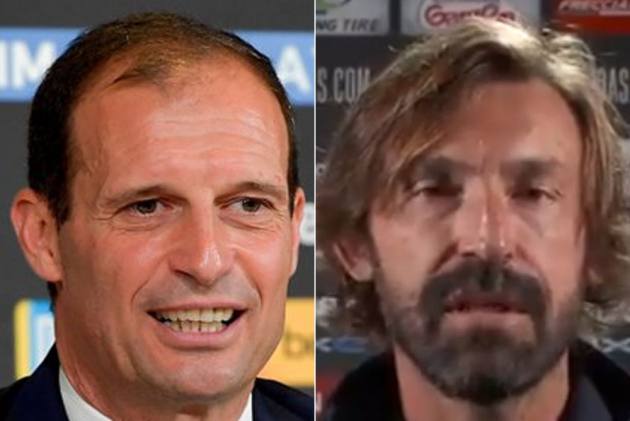 Massimiliano Allegri has returned to Juventus for a second spell as head coach after Andrea Pirlo's departure. (More Football News)

Pirlo on Friday left the Turin giants barely nine months after signing a two-year deal to take over from Maurizio Sarri.

The former playmaker failed to live up to expectations as a coach and Juventus brought an abrupt end to his reign.

The Bianconeri wasted little time in revealing that Allegri has returned as boss of the Serie A giants, who were dethroned as Italian champions by Inter this month.

Allegri, who was linked with Inter and Real Madrid before agreeing to rejoin his former club, had been out of work since ending his hugely successful tenure with Juventus two years ago.

The 53-year-old masterminded five consecutive Scudetto triumphs in his first spell at the club, and his team lifted the Coppa Italia on four occasions.

"Massimiliano Allegri is the Juventus manager once more," the club said in a statement.

"Allegri finds a bench that he knows very well, a club that he loves and that loves him back, as today a new journey begins together, towards new goals.

"What he achieved in his first adventure at Juventus are engraved in the club’s history: five Scudetti, to the four-consecutive doubles, coupled with the Coppa Italia and to the two Super Cups, reaching two Champions League finals in just three seasons, in what were epic feats both in Italy and in Europe."

The statement on the Juventus website added: "Now we are ready to begin again with Allegri, to build our future together; with his enormous professionalism, his moral strength, with the brilliant ideas of a coach capable of shuffling the cards, both on and off the pitch.

"With his smile, a sort of 'signature'. With his way of understanding football and life with simplicity, with his desire to play things down and with the commitment to enjoy every beautiful moment that being at Juventus can give and will give."