Juventus Sack Sarri: Pochettino, Zidane And The Contenders To Take Over At The Bianconeri

Maurizio Sarri is gone, so who is next in line to take over as head coach of Juventus? 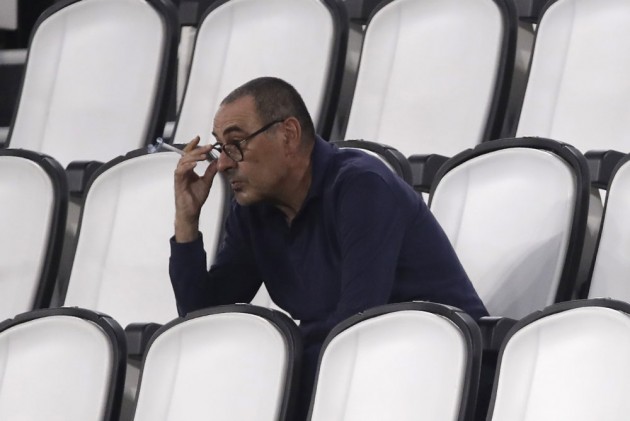 Juventus have decided their Maurizio Sarri experiment has not worked and for the second time in as many seasons, the Bianconeri are on the hunt for a new head coach. (More Football News)

Sarri was the man chosen to succeed Massimiliano Allegri ahead of the 2019-20 campaign, an appointment that seems a lifetime ago in a season interrupted by the coronavirus pandemic.

The former Napoli boss steered Juve to a ninth straight Serie A title, but the unconvincing nature of that triumph meant the Scudetto alone was never likely to be enough to convince the club's hierarchy Sarri would be the man to achieve the ultimate goal of winning the Champions League.

They fell short in Europe on Friday night, with Juve failing to overturn a 1-0 first-leg deficit to Ligue 1 side Lyon in the Champions League last 16, a 2-1 win on the night meaning they exited on the away goals ruling.

READ: Juve Crash Out Of Champions League On Away Goals

With Sarri gone, we take a look at some of the prime contenders to take over at the Italian champions.

1 - Lyon is the first French team to eliminate Juventus in the knockout stage of the European Cup/UEFA Cup/Cup Winners' Cup. Arrivederci. #JUVOLpic.twitter.com/Jc7vmm49X2

An easy link, or a case of ideal timing? Pochettino has been out of work since being sacked by Tottenham in November 2019. That relationship soured towards the end but should not overshadow his achievements with Spurs, including taking them to a Champions League final. The Argentine coach was also linked with the Bianconeri a year ago, though now there is no need to negotiate a compensation package with another club. With a shorter turnaround than usual before a new season, the 48-year-old is available for Juve, should they want someone in place quickly.

Sarri was let go despite winning Serie A, but there was a period when Lazio looked like ending their Scudetto dominance. Former striker Inzaghi led the Rome side to the Coppa Italia last year and has twice thwarted Juve in the Supercoppa Italiana in his four years at the helm. Although their title challenge fell away after the restart, Inzaghi earned Lazio a spot in the Champions League proper for the first time since 2007-08.

In his first full season back in the Santiago Bernabeu hotseat, the France great led Real Madrid to a first LaLiga title since the 2016-17 campaign. But after being knocked out of the Champions League last 16 by Manchester City and with Madrid's reputation for chaos, Zidane's future is perhaps not 100 per cent locked in. It would still be a huge surprise to see Zidane depart the Spanish capital, though if he did, perhaps a return to Juve – where he starred in his playing days before joining Madrid – may be tempting. With three straight Champions League wins to his name from 2016 to 2018, his proven pedigree may appeal to Juve who are so desperate to land Europe's most coveted prize.

2 - Real Madrid have lost both legs of a Champions League knockout tie for the first time since 2008-09, when they lost both home and away against Liverpool in the Last 16. Departures. #MCIRMA pic.twitter.com/q3rAHTKmUS

Could Juventus turn to the man who sparked their run of nine successive Serie A titles? A once mighty midfield force for the Bianconeri, coach Conte led Juventus to three straight Scudetti before leaving to become Italy boss in 2014. After spells with the Azzurri and Chelsea, Conte has wound up at Inter, so it might take an audacious raid on their Serie A rivals for Juventus to be reunited with their former boss. Yet amid mixed fortunes in his first year at San Siro, there are some who think Conte could be on the lookout for a new job sooner rather than later.

A double winner with Juve in 1994-95 and a member of the team that won the Champions League a season later, Sousa has the advantage of a prior connection with the club but should be considered an outside shot. He has enjoyed a nomadic coaching career that has included stops at Leicester City, Swansea City, Basel and Fiorentina but has failed to inspire in his current post at Bordeaux, where his win percentage is just 30.2.