Kai Havertz To Chelsea: Paul Pogba And The Premier League's Most Expensive Signings

Chelsea new boy Kai Havertz joins a list of the Premier League's most expensive signings. We take a look at the five biggest deals 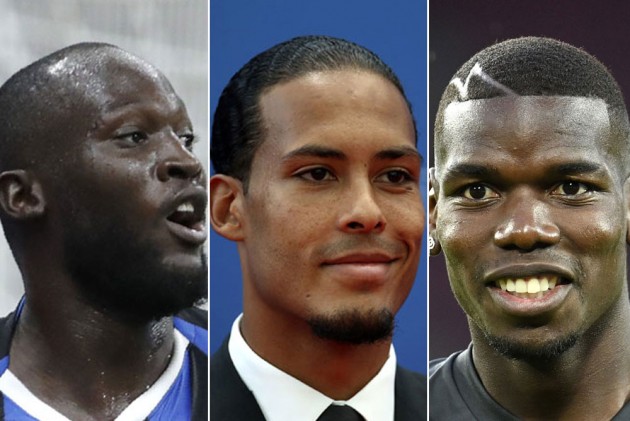 That deal also means the Germany international ranks among the most expensive deals in Premier League history.

We take a look at the top five signings made by England's top-flight clubs as Havertz aims to hit the ground running at Stamford Bridge.

Tying Havertz as the fifth-most expensive signing by an English club, Pepe has not quite yet made the impact Arsenal might have hoped for when splashing out a huge fee at the start of last season.

Pepe scored 22 times for Lille in his final Ligue 1 campaign but managed only a comparatively measly five goals and six assists in the Premier League last term. The winger has competition from academy graduate Bukayo Saka – a PFA Young Player of the Year nominee – for his place now, too.

Throwing it back to that Nico Pepe stunner at London Stadium! #ARSWHU | @PremierLeague pic.twitter.com/toCPGgKVev

It would be harsh to call Lukaku a flop, but Chelsea will want more from Havertz than the former Blue provided at United, who fought off interest from Stamford Bridge to secure his signature at the end of a 25-goal 2016-17 campaign.

Although Lukaku started reasonably well at Old Trafford, scoring 15 times in the league by the end of March in his first season, the Belgium international never really hit the heights expected of a United centre-forward and departed last year for Inter, where he has proven hugely successful.

Such a fee for a defender seemed extortionate in January 2018, but Van Dijk has arguably proved the best buy on this list. Already a standout performer for Southampton, the Dutch centre-back has taken a huge leap in Liverpool red.

Van Dijk was influential in his new club's run to the Champions League final in 2017-18 and then helped them go one better and lift the trophy the following year. A Premier League title finally followed last term, with Liverpool's huge outlay rewarded with defensive displays of remarkable consistency.

A massive moment, as our number  gave us the lead in Munich... pic.twitter.com/aYJl2pdH3o

United certainly appeared to pay attention to Van Dijk's early success at Liverpool as they followed suit with a massive move for a centre-back with Premier League experience. Maguire was signed just a year ago but is already Ole Gunnar Solskjaer's captain.

That is not to say Maguire has fully justified his fee just yet, though. Mistakes crept into the defender's play late in the season, while there may be extra pressure placed on the England man in the coming campaign after an off-season incident in Greece.

United could yet challenge this fee with a move for Jadon Sancho from Borussia Dortmund, but England's most expensive buy as it stands is a player the Red Devils previously let go for free. Pogba returned to Old Trafford in 2016 having developed into a world-class midfielder in Serie A.

Pogba has been the subject of criticism and transfer speculation almost since he arrived back at United, yet he remains a key performer and has scored precious goals in the Europa League final and against rivals Manchester City. The Frenchman is now forming an effective partnership with Bruno Fernandes.