Sports Minister Kiren Rijiju had on Saturday asked the top SAI coaches to give Srinivasa Gowda a trial after video clips of the Kambala jockey running a distance of 100 metres in just 9.55 seconds during a traditional buffalo race in Karnataka evoked a social media frenzy 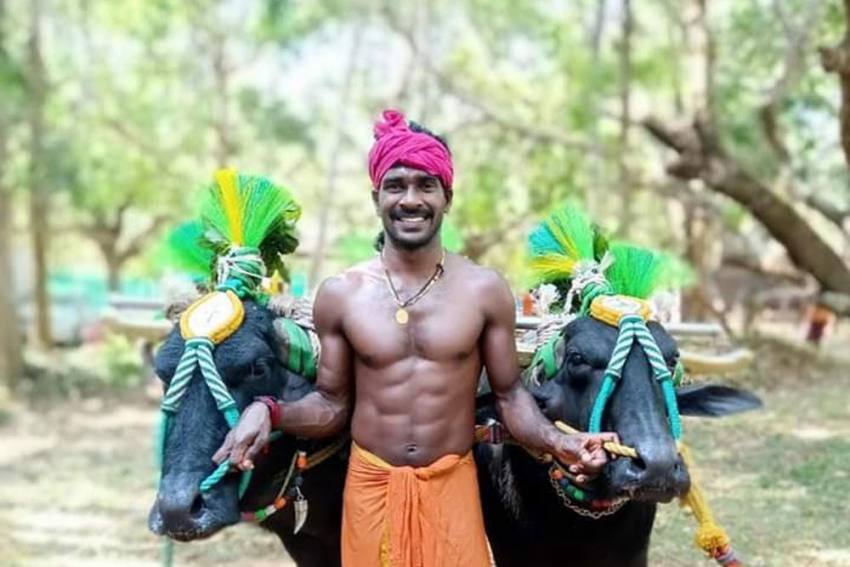 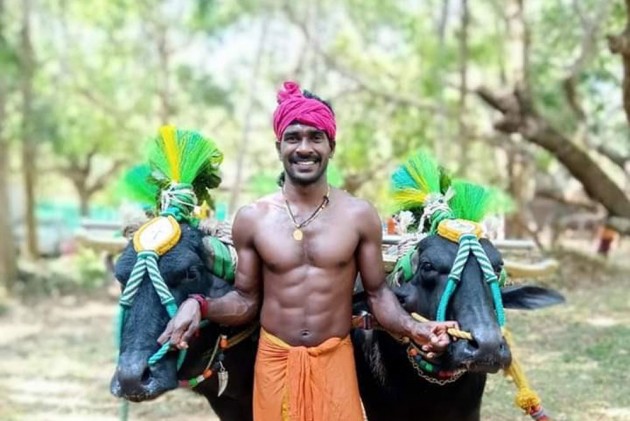 Srinivas Gowda, who stunned the world by covering 100m in just 9:55 seconds, may well give the much-publicised trial at the Sports Authority of India a miss.

Even as reports of Gowda declining the invite from the Union sports minister Kiren Rijiju emerged late on Sunday, uncertainty ruled over the actual date of trial for the Kambala racer from Karnata.

Gowda, 28, was called for an assessment at the SAI Center Bengaluru, but he has reportedly declined the offer. According to a report in The New Indian Express, Gowda is not interested in the SAI trial and he will instead focus on Kambala.

"In Kambala race, heels play an important role whereas it is toes in a track race. Not just jockeys, but even Buffaloes have a role to play in Kambala. In track race, this is not the case," it reported.

News agency ANI also reported that Gowda is not sure about participating in the trial.

"I do not know whether I will run in trial tomorrow or not but I will be in Bengaluru tomorrow to meet the CM. I need to consult my Kambala academy mentor. I need to rest also," Gowda told ANI on Sunday.

Meanwhile, PTI reported that the actual date of trial is yet to be decided. Quoting SAI sources, the agency reported that Gowda will be given time for acclimatisation before his actual trial. But Gowda is expected to reach SAI Bengaluru on Monday.

"Srinivas Gowda will be reaching SAI Bengaluru centre on Monday. He will be given a day or two of rest and acclimatization before his trial takes place. The date of the trial has not been fixed yet," PTI quoted the source.

Just one look at his physique & you know this man is capable of extraordinary athletic feats. Now either @KirenRijiju provides him training as a 100m sprinter or we get Kambala to become an Olympic event. Either way, we want a gold medal for Srinivasa! ðÂÂÂ https://t.co/H3SBiOVSKr

Reacting to the tweet, Rijiju wrote: "I'll call Karnataka's Srinivasa Gowda for trials by top SAI coaches. There's lack of knowledge in masses about the standards of Olympics especially in athletics where ultimate human strength & endurance are surpassed. I'll ensure that no talents in India are left out untested."

I'll call Karnataka's Srinivasa Gowda for trials by top SAI Coaches. There's lack of knowledge in masses about the standards of Olympics especially in athletics where ultimate human strength & endurance are surpassed. I'll ensure that no talents in India is left out untested. https://t.co/ohCLQ1YNK0

Sports Authority of India (SAI) later said on Twitter that Gowda's train tickets have been booked and he will be assessed in Bengaluru on Monday.

"We have reached out to #SrinivasaGowda and booked his train ticket. He will be in SAI's Bangalore center on Monday where our coaches will assess him. We hope to identify and nurture more talents with inputs from all sports enthusiasts," the SAI wrote.

In another development, Gowda is expected to meet Karnataka Chief Minister BS Yediyurappa on Monday.

Gowda, a construction worker from Moodabidri, took just 13.62 seconds to run a distance of 145m, covering the first 100m in 9.55 seconds, at the Kambala at Aikala village near Mangaluru, prompting some on social media to compare him with multiple Olympic gold medallist Usain Bolt, whose 100m world record is 9.58 seconds.

Kambala is an annual race held in Karnataka where people sprint 142m through paddy fields with buffalo. During the race, the racers try to bring the buffaloes under control by holding their reins tight and beating them up, making it amply clear that the animal plays an equally important role in achieving the timing.

Traditionally, it is sponsored by local Tuluva landlords and households in the coastal districts of Dakshina Kannada and Udupi.

Athletics Federation of India (AFI) President Adille Sumariwalla said that he would be happy to take in Gowda if he is found to have the credentials to compete at the highest level after an assessment by the top coaches.