Benzema scored twice to reach his double century feat. Real Madrid were also helped by a hat-trick from Marco Asensio on Wednesday in La Liga. 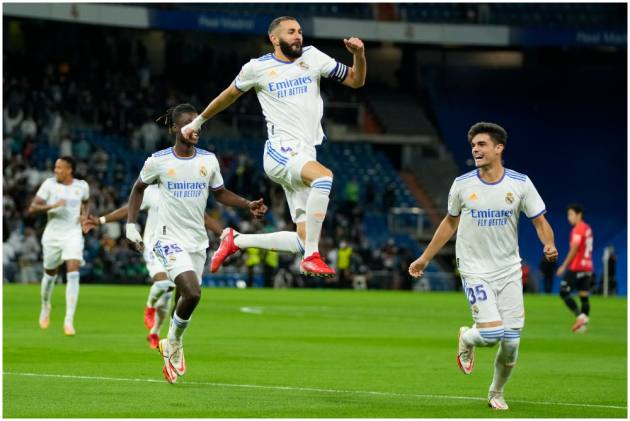 Benzema scored twice to reach 200 league goals but Madrid also got a hat-trick from Marco Asensio on its way to a comfortable 6-1 win over Mallorca at home on Wednesday, a result that extended the team’s winning streak to five matches in all competitions.

It was Madrid's fourth straight league win, taking Carlo Ancelotti’s team back to the top of the standings with 16 points from six matches, two points ahead of defending champion Atlético Madrid. Benzema and Vinicius Junior had been key for Madrid so far at the start of the season, having scored 11 of the team's 15 goals in the league.

Benzema took his league-leading tally to eight goals by finding the net three minutes into the match and again in the 78th. Asensio scored his goals in the 24th, 29th and 55th minutes at the Santiago Bernabéu Stadium.

“I knew I had to take advantage of my opportunity to be in the starting lineup,” said Asensio, who didn't celebrate his goals out of respect to his former club. I’m happy that I was able to help the team stay in this very good dynamic. We are all very motivated, you can notice it.”

South Korean Lee Kang-in put Mallorca on the board in the 25th with the help of Takefusa Kubo, who is playing on a loan from Madrid. Francisco ‘Isco’ Alarcon sealed the scoring after an assist by Vinicius Junior in the 84th.

Benzema, who set up two of Asensio's goal, had a goal disallowed by video review for a foul in the 49th. Madrid has outscored its opponents 21-6 in its first six league matches. It was only the second loss for mid-table Mallorca. 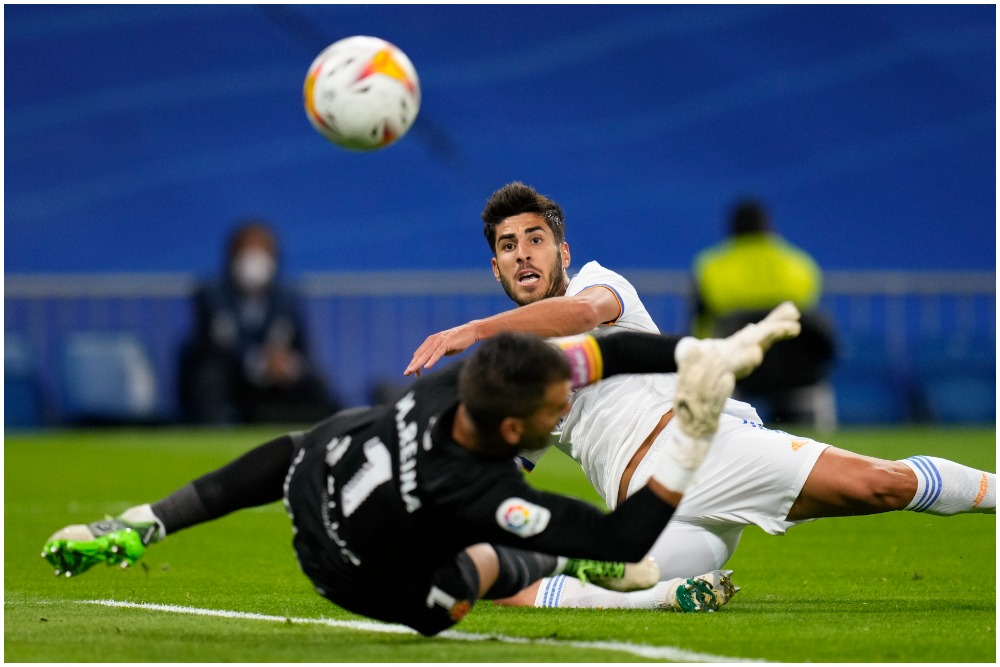 Sevilla scored three goals in the first 22 minutes to defeat Valencia 3-1 and end its three-match winless streak in all competitions. Papu Gomez opened the scoring three minutes into the match at the Ramón Sánchez-Pizjuán Stadium, then Gonzalo Montiel added to the lead in the 15th and Rafa Mir in the 22nd.

Hugo Duro scored in the 31st for Valencia, which has lost two in a row after winning three of its first four matches. Julen Lopetegui's Sevilla had drawn three straight, twice in the league and against Salzburg in the Champions League.

Villarreal ended its winless start to the season with a 4-1 home victory over Elche. Yéremi Pino scored for the hosts in the fifth minute before Johan Mojica equalized for Elche in the 19th.

Manu Trigueros put Villarreal ahead in the 39th, Danjuma added to the lead in the 60th and Alberto Moreno sealed the victory deep into stoppage time. Unai's Emery Villareal had drawn all of its first six matches of the season in all competitions.

Promoted Espanyol defeated last-place Alavés 1-0 for its first win of the season, with Raúl de Tomás converting a 54th-minute penalty kick after having two goals earlier disallowed. Alavés is one of the two teams yet to earn points this season, along with Getafe.