Afghanistan's Karim Janat picked up 5/11 as West Indies fell short by 41 runs in chase of 147 in the second T20 in Lucknow on Saturday. 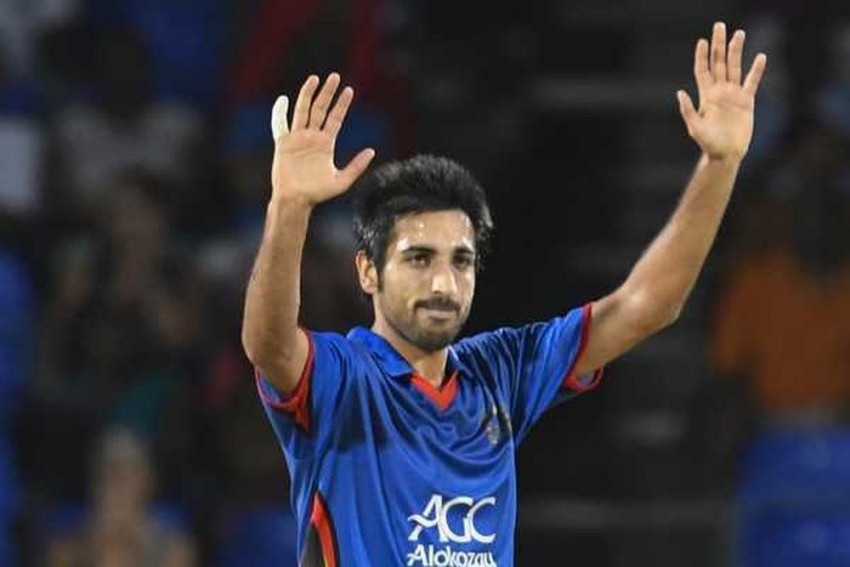 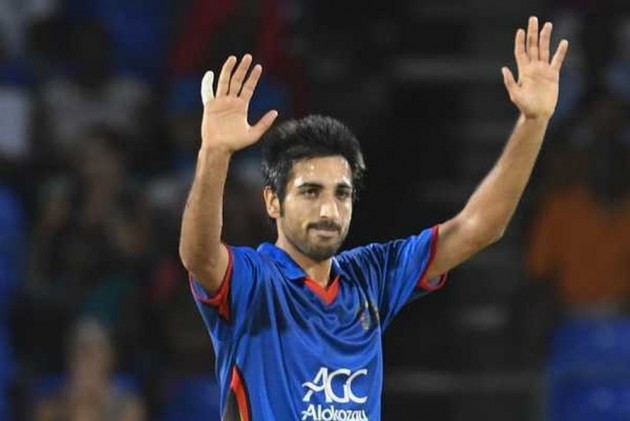 Karim Janat ripped through West Indies with a maiden five-wicket Twenty20 International haul as Afghanistan dished out a 41-run defeat to set up a series decider in Lucknow. (CRICKET NEWS)

Kesrick Williams followed up an impressive bowling display in the first match of the series by taking 3-23 in Afghanistan's 147-7 on Saturday (November 16).

That total was more than enough for Rashid Khan's men to make it 1-1, with all-rounder Janat claiming 5-11 - the second-best figures by an Afghanistan bowler in the shortest format - from his four overs as the Windies made only 106-8.

Afghanistan, whitewashed 3-0 in the ODI series, will look to complete the turnaround by winning the final match at the same venue on Sunday.

Hazratullah Zazai and Rahmanullah Gurbaz got Afghanistan off to a good start after they won the toss, but both openers fell from consecutive deliveries in the fifth over from Williams with 42 on the board.

Jason Holder (2-23) trapped Janat leg before for 26 and had Asghar Afghan caught behind, while Keemo Paul - replacing the injured Fabian Allen - took 2-28 as Afghanistan were kept in check.

Najibullah Zadran (20 not) and Gulbadin Naib (24) were able to provide some late impetus and the Windies never got going in a sorry run chase.

Shimron Hetmyer was adjudged lbw to the impressive Janat, who also saw the back of Evin Lewis and Sherfane Rutherford to leave West Indies in trouble on only 45-4 at the halfway mark.

Captain Kieron Pollard was also struck in front by Janat and the rampant seamer had five when he cleaned up Paul in his final over, Denesh Ramdin top scoring with an unbeaten 24 in a poor effort with the bat from the Windies.