Karolina Pliskova Crashes Out To World Number 292 In Abu Dhabi 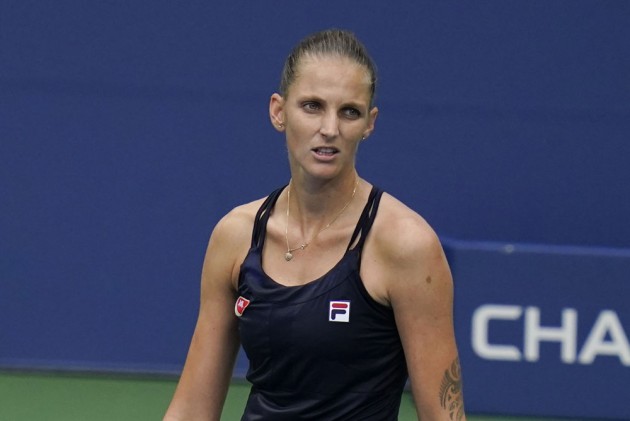 Karolina Pliskova has crashed out of the Abu Dhabi Women's Tennis Open in the second round, while Coco Gauff was also eliminated. (More Tennis News)

Third seed Pliskova suffered a stunning 6-2 6-4 defeat to Anastasia Gasanova, a qualifier ranked at 292 in the world.

Pliskova fell to defeat in only 75 minutes on Saturday, the first time she had lost to an opponent outside of the top 50 in over a year.

Gasanova, 21, beat Mona Barthel in her WTA main draw debut this week and went on to save five of the six break points she faced to record an even bigger upset against Pliskova.

"It was not me on the court," a stunned Gasanova said after winning in her first match against a top-100 player, booking a last-16 clash against Sara Sorribes Tormo.

"I was so sure of myself. I'm really happy right now.

"I'm really surprised, but when I woke up today, I thought, 'Why not? Why can't I win this match?'

"Actually, I thought I would lose in qualies or something like that, but I just kept pushing myself, like, I need to win and I want to win.

"To play against a top-10 player is a great opportunity for me, and it's a great chance to show how I could play."

Pliskova, therefore, starts her year on a negative note, but there were no such problems for second seed Elina Svitolina, who was a 6-4 6-1 winner against Vera Zvonareva.

Muguruza will face Maria Sakkari in an intriguing last-16 match next after the Greek ended the hopes of American Gauff with a comfortable 7-5 6-2 victory.

Top seed Sofia Kenin, who made two grand slam finals last year and won in Melbourne, will resume her campaign against Yulia Putintseva on Sunday.