Karolina Pliskova is playing the WTA Finals for the fifth time, having reached the semifinals in 2018 and 2019. 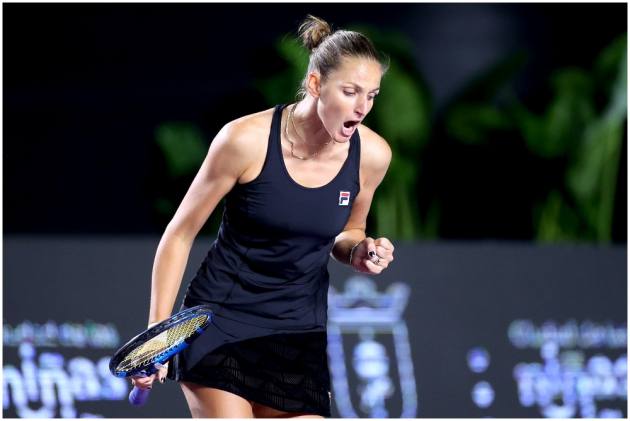 In a contest between two former No. 1-ranked players, the third-seeded Pliskova struggled early adjusting to the nearly 5,000-feet altitude of Guadalajara, Mexico's second largest city on Wednesday.

“The first set was not the best from me. The serve was amazing in the second set, many free points on the first serve," Pliskova said.

“Then it was a fighting third set. I thought I just had too many chances, didn't make it really, but happy it went my way in the end.”

Karolina Pliskova is playing the WTA Finals for the fifth time, having reached the semifinals in 2018 and 2019.

The tournament, which was canceled last year because of the COVID-19 pandemic, is being played in a round-robin format. The WTA Finals are being played in Guadalajara for this year only, with the event scheduled to return to Shenzhen, China in 2022.

Karolina Pliskova didn't win any titles in 2021 but kept a high ranking by reaching the finals at Wimbledon and Montreal, and the semifinals at Cincinnati.

Pliskova now has a 9-2 record against former Wimbledon and French Open champion Garbine Muguruza, who won the Chicago and Dubai titles this year and is making her fourth appearance at the season-ending event.

“That was a very tough match for both of us. It was a one-point difference — I saved many match points and is a tough loss I fought as hard as I could,” Muguruza said.

“I'm happy with my fighting spirit even though I lost.

The third set lasted more than an hour, with Muguruza saving three match points to force a tiebreaker, and another in the tiebreaker before Pliskova sealed the win.