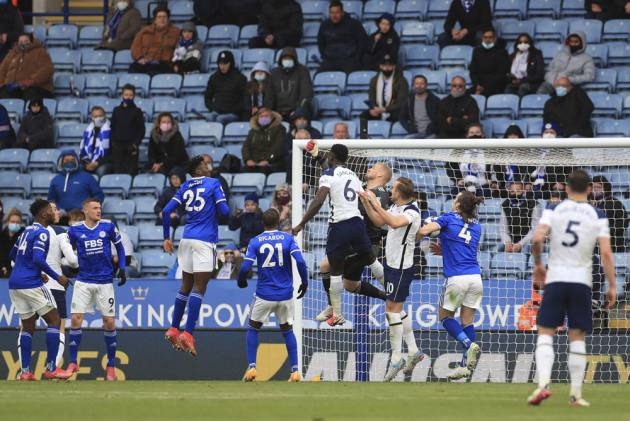 Leicester City missed out on Champions League qualification as a Kasper Schmeichel own goal and a late double from Gareth Bale condemned the Foxes to a 4-2 defeat by Tottenham on the final day of the season.  (More Football News)

Chelsea's 2-1 loss to Aston Villa meant Brendan Rodgers' side would have sealed a top-four finish with victory over Spurs and they started well, Jamie Vardy putting them ahead from the penalty spot.

Harry Kane – in what could prove to be his final game for the club amid rumours he wants to leave – pulled Spurs level before the interval, though, with a goal that secured this season's Golden Boot ahead of Liverpool's Mohamed Salah.

Another Vardy spot-kick restored Leicester's lead early in the second half, but there was late heartache for the hosts when Schmeichel – one of the heroes of last weekend's FA Cup final win over Chelsea – punched into his own net from a corner 14 miniutes from full-time.

Bale's late brace then ensured Brendan Rodgers' side finished the campaign a point adrift of Thomas Tuchel's fourth-placed side.

Leicester started on the front foot and went ahead after 18 minutes, Vardy slotting home his 25th Premier League penalty after he had been clipped in the area by Toby Alderweireld – the spot-kick given after referee Anthony Taylor had been encouraged to review the incident by VAR.

Tottenham woke from their slumber before the interval and pulled level with their first shot on target in the 41st minute, Kane volleying through the legs of Kasper Schmeichel after Son Heung-min's cross was deflected to him 10 yards from goal.

Vardy struck again from the spot to put the Foxes ahead seven minutes after the break after he had been brought down just inside the area by Davinson Sanchez.

Their hopes of sealing a top-four finish suffered a significant blow in the 76th minute, though, when Schmeichel inexplicably punched Son’s corner into his own net.

Leicester crumbled after that, with Bale taking full advantage of generous defending to score his first double as a substitute since the 2018 Champions League final for Real Madrid against Liverpool.

His first came in the 87th minute, the Wales international slamming home after being teed up by Kane, and he scored again deep into stoppage time, tapping in from close range after his initial strike had bounced back off the post.