Tallawahs chased down the target of 152 in 17.4 overs, courtesy some sublime batting from Kennar Lewis 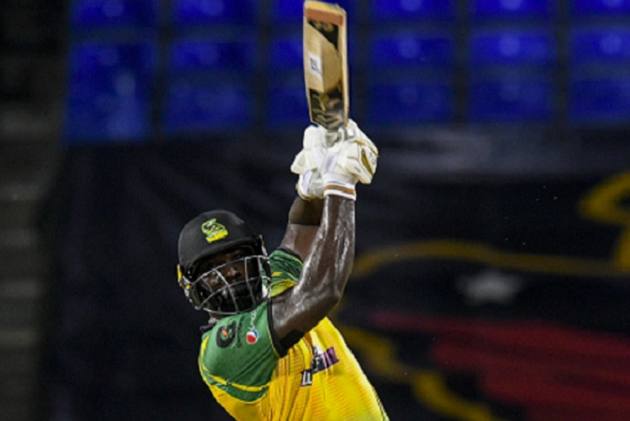 Kennar Lewis blasted a quick 89, the highest score of the tournament so far, to power Jamaica Tallawahs to a six wicket win over Barbados Royals, their second win of the 2021 Hero Caribbean Premier League (CPL) at Basseterre in St Kitts & Nevis. (More Cricket News)

The Royals posted a respectable 151 for 8 after opting to bat on Tuesday night, riding on Azam Khan's fluent 50 off just 30 balls.

But Tallawahs chased down the target in 17.4 overs, courtesy some sublime batting from Lewis, who was supported well by Shamarh Brooks (47 not out off 26 balls).

Barbados Royals had found themselves in early trouble after opting to bat, losing key batsmen Shai Hope and Kyle Mayers in successive balls in the Powerplay to Fidel Edwards, who was making his first appearance in this year's Hero CPL.

A recovery mission was led by Azam and Phillips with the pair putting on a partnership of 71 runs off 51 balls to build a foundation for the team.

Joshua Bishop then struck 18 off 8 balls at the back end of the innings to take his side to a respectable total.

Migael Pretorius was the standout bowler for the Tallawahs, taking four wickets, while Rovman Powell led by example with three excellent catches in the field.

Tallawahs response was led by Lewis, who powered the innings despite his team losing early wickets to the spin of Joshua Bishop, including captain Powell, who was dismissed by a superb piece of fielding as Jason Holder held on to his shot with one hand at long off.

Barbados Royals will count themselves unlucky as star bowler Mohammad Amir had to leave the field injured during the second innings.

The win takes the Jamaica Tallawahs up to second spot in the Hero CPL standings.