According to reports, the boy's name is Mishal Aboulais, a seventh standard student of Kattumunda Government UP School 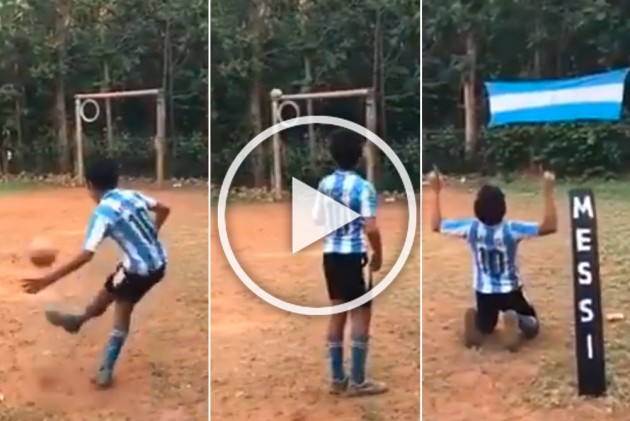 The video of a 12-year-old boy from Malappuram, Kerala kicking a ball through a ring that has been hung at the top right corner of the goalpost has gone viral. In the video that has been uploaded on the Facebook page All Kerala Sevens Football Association, the boy can be first seen standing over the ball and sizing up his target.

He then proceeds to kick the ball that curls into the hoop hung on the top corner of the post. He is wearing the shirt of Argentina and Barcelona star Lionel Messi.

Messi himself is known for his free kicks that deceive the opposition goalkeeper and curls into the top corner of the goal frequently. 52 of Messi's 697 career goals have come from free kicks.

According to Manorama Online, the boy's name is Mishal Aboulais, a seventh standard student of Kattumunda Government UP School. Mishal was encouraged by his brother Wajid to pick up the sport and has been getting coaching for the past four years. The video itself was shot by Wajid.