Kevin Pietersen Is 'An Expert On Everything': Tim Paine Slams Ex-England Captain As Ashes Fate Hangs In Balance

There has been a lot of speculation over the Ashes with many England players raising concerns over travelling amid strict COVID restrictions Down Under. 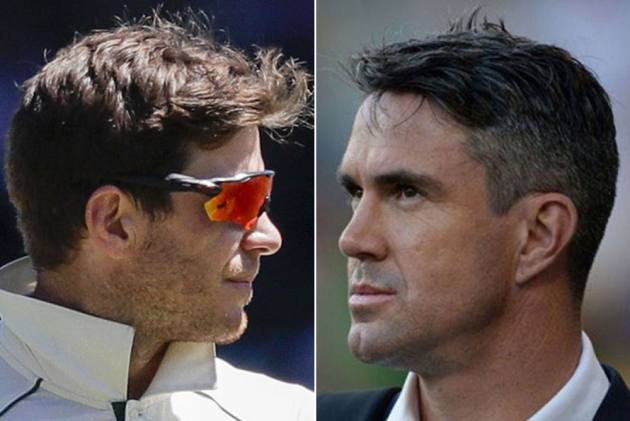 Australia captain Tim Paine on Friday asserted that the upcoming Ashes series against traditional rivals England will go ahead even if some visiting players refuse to tour because of COVID-19 restrictions. (More Cricket News)

There has been a lot of speculation over the Ashes with many England players including Test captain Joe Root raising concerns over travelling with family members amid strict COVID restrictions Down Under, with some even mulling pulling out of the tour.

"The Ashes are going ahead. The first Test is on 8 December - whether Joe is here or not," Paine told SEN Hobart.

"They all want to come, there's no doubt about it. They're trying to get themselves the best possible conditions they can, but at the end of the day, we all are."

Earlier, Root and other members of the England team have expressed doubts over the tour, citing "bubble fatigue" amid the prospect of living under strict restrictions.

Paine added, "It'll be worked out above us and then they'll have a choice whether to get on that plane or not.

"No one is forcing any England player to come. That's the beauty of the world we live in - you have a choice. If you don't want to come, don't come."

Paine also asked former England star Kevin Pietersen to let the players decided whether they wish to play in the Ashes or not.

"He (Pietersen) is an expert on everything, there is no doubt about that," Paine said.

"Kev mate, leave it to the players, let them speak. We have not heard one England player come out and say they will not be coming.

"I think it's been beat up and people like Kevin like to get themselves a little bit of exposure in the media whenever they can," added Paine, who is recuperating from a neck surgery and hopes to be fit for the Ashes.

Pietersen had recently taken to Twitter and criticised the Australian quarantine rules, saying players have had enough of staying in bio-secure bubbles and called for lifting of the "ridiculous quarantine rules" in Australia before the Ashes.

The five-match Test series is scheduled to begin from December 8 and continue till January 18. But the fate of the tour remains unclear with several senior English players are considering the possibility of boycotting it, depending on what type of restrictions they have to live in.

Australia plans to ease border and quarantine restrictions by the end of this year, after at least 80 per cent of its adult population receive two COVID-19 vaccination shots.

Officials in the COVID-free states of Western Australia and Queensland have however said they may keep their borders shut for longer period, depending on the situation.