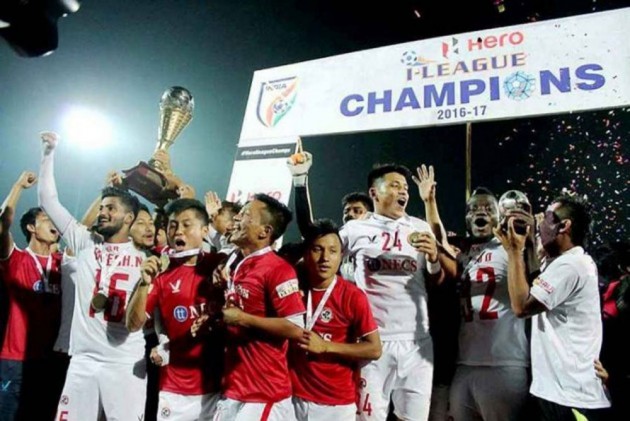 The All India Football Federation (AIFF) on Tuesday said that it will recommend to the Asian Football Confederation (AFC) to consider that the champions of the Indian Super League (ISL) be allotted a spot in the qualifiers for the AFC Champions League. Currently, I-League winners represent India in the football's continental showpiece, via qualifiers.

The decision was taken in the AIFF's Executive Committee meeting held here on Tuesday. The federation said that the recommendation has been made in the light of the Master Rights Agreement signed between the AIFF and IMG-Reliance in 2010 among other factors like more substantial growth in TV viewership and in stadia audience vis a vis the I-League and "the ISL clubs complying with the entire AFC Club licensing criteria, including strong grassroots and Youth Development Programmes which have also been certified by the AFC."

Furthermore, the AIFF said that it has asked the AFC to find a solution to the current standoff between the federation and I-League clubs.

The federation said that the executive committee was to discuss the joint statement issued by the clubs and the AIFF after the July 3 meeting between federation president Praful Patel and the heads of the clubs. "However, on July 8, the clubs via a letter released to the media have taken a contrary stand which is not in the spirit with which the AIFF president had met the clubs. As a result, we have therefore asked the AFC to find a possible solution," the federation said.

Earlier, AIFF president Praful Patel assured the I-League clubs that their future is secure and that he will approach the Asian Football Confederation to allow the I-League to co-exist with the ISL as India's top flight for the next two to three years.

The clubs accepted Patel's proposal while putting forth their own version of a roadmap for Indian football in which a unified league structure consisting of I-League and ISL clubs was proposed with promotion and relegation.

Patel's comments had come on July 3 after he met the heads of six I-League clubs -- Mohun Bagan, East Bengal, Minerva Punjab, Gokulam Kerala and Churchill Brothers. Among other matters, the clubs sought a clarification on the clause in the Master Right Agreement signed between AIFF and IMG-Reliance which stated that the ISL will be awarded top-flight status in the Indian football league structure with no promotion or relegation.

However, they rejected the idea of the ISL champions qualifying for the Champions League qualifiers as opposed to the current setting where the I-League clubs are given the slot.

On Monday, the I-League clubs in a letter sought Prime Minister Narendra Modi's intervention in the matter. The clubs requested for an enquiry commission to be set up to "probe the All India Football Federation's functioning."

"Recent media reports and press statements from the AIFF itself have indicated that the AIFF is seeking to make the ISL, which came into existence in 2013, the senior most league in the country, whereas I-League, that dates back to 2007 when it was launched as India's first ever professional football league is sought to be made into a second tier and inferior league," the clubs wrote in the letter.