On the anniversary of Kobe Bryant's death, we look back at his 60-point farewell game in 2016 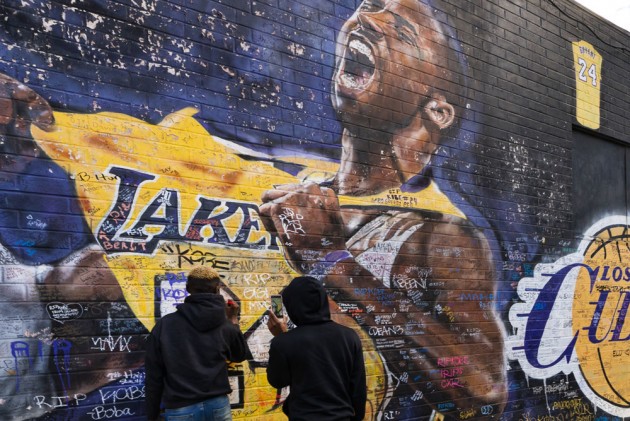 It was something only Kobe Bryant could have done. (More Sports News)

At the end of an illustrious 20-year career that included five NBA championship wins, 18 All-Star selections and All-NBA First Team honours on 11 occasions, Bryant said farewell to the Los Angeles Lakers with a Hollywood ending.

He produced one of the most memorable final appearances the league has seen against the Utah Jazz on April 13, 2016.

On the anniversary of his death alongside 13-year-old daughter Gianna and seven others in a helicopter crash, we look back at one of the finest moments of his career.

Bryant racked up 60 points against the Jazz, which was the most scored by a player in a single game in the NBA that season. However, it was the first time he had gone past 50 since 2009, when he poured in 61 against the New York Knicks at Madison Square Garden.

Bryant was 6-of-21 from three-point range and had plenty of joy in the paint, where he accumulated 22 points. He scored a total of 16 unassisted points, with his final seven baskets coming via his own work.

If you don't shoot you don't score, and Bryant did his utmost to get points on the board. His 50 field goal attempts eclipsed the record of 49 set by the great Michael Jordan against the Orlando Magic in 1993. The 2008 MVP took 15 more shots than the rest of his team-mates combined.

Bryant nailed 18 of 40 shots with a defender within 3.5 feet against the Jazz and despite his record-breaking number of attempts he still took care of the ball, committing just two turnovers.

It was not immediately clear the game was going to go so well for Bryant. He missed his first five shots and did not have a make until after the first six minutes of the game.

However, he eventually found his rhythm and was flying by the time the fourth quarter came around, scoring 13 unanswered points after the Jazz moved 96-86 ahead with two minutes and 35 seconds remaining.

His final act was a length-of-the-floor pass to Jordan Clarkson – his fourth assist of the game – for a dunk to seal an iconic 101-96 victory that underlined his legacy as an all-time great.