Having enjoyed an illustrious NBA career, we look at Kobe Bryant's five greatest games a year on from his tragic death 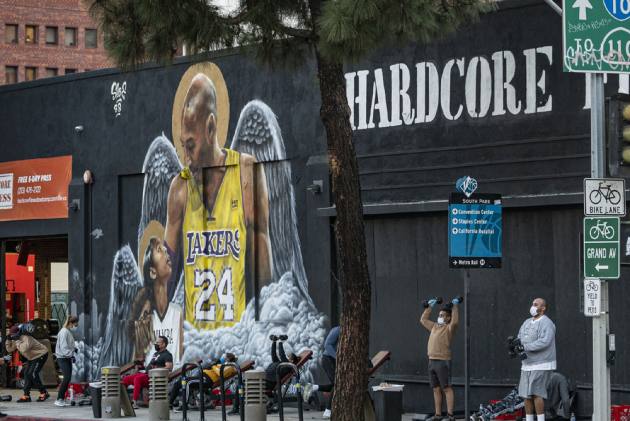 Kobe Bryant forged a legacy in the NBA that will forever stand the test of time. (More Sports News)

A year has passed since the Los Angeles Lakers legend and 13-year-old daughter Gianna were among those to tragically lose their lives in a helicopter crash.

Bryant was a star who transcended the game of basketball after entering the NBA in 1996, providing highlight after highlight up until his retirement in 2016, with staggering point hauls.

To mark the anniversary of his passing, we look at Bryant's five greatest games with the Lakers, where the five-time NBA champion spent his entire 20-year career.

Against the Trail Blazers at Staples Center, Bryant came close to reaching the career-high 81 points he had recorded just over a year earlier. The superstar guard lit up the Blazers with 65 points as the Lakers won 116-111. Bryant shot 23-of-39, including 11-of-12 from the free throw line, while he also made eight three-pointers.

Nate McMillan coached Portland that day and after Bryant's passing, he told reporters: "I've seen it first-hand. He lit us up and I remember, he was shooting threes and just on fire, and we had him in a trap, deep corner, he had nowhere to go, should have passed the ball. He's facing his bench and he just turns and shoots it and it goes in. He really became like Michael [Jordan], in the sense that when you watched him play, could he do it again? Could he create that magic again in the fourth quarter? And he did."

Madison Square Garden hosted one of Bryant's greatest performances almost 12 years ago. At the world-famous arena in New York, 'the Black Mamba' posted 61 points - a venue record for a visiting player - against the Knicks, who lost 126-117 to the Lakers. On 19-of-31 shooting, Bryant finished with three assists and one block. He scored 34 points in the first half alone en route to the record, which was matched by Houston Rockets star James Harden in 2019.

"Tonight was one of the nights he kind of showed why he's going to go down in history," Lakers team-mate Lamar Odom said after the game.

Three quarters were all that Kobe needed to embarrass the Mavericks. Bryant outscored Dallas 62-61 at the end of the third quarter in Los Angeles as the Lakers eased to a 112-90 victory. The Mavericks were one of the best teams that season, going on to reach the NBA Finals before succumbing to the Miami Heat. However, the Mavericks were schooled by the unstoppable Bryant, who shot 18-of-31 from the field and 22-of-25 from the free-throw line. He sat out the entire fourth quarter.

"It was just one of those nights," Bryant told reporters as he reflected on the game in 2016. "Yes [I could have scored 80 points that night]. It sounds funny to say, but yes, I could have."

Bryant said farewell to basketball in the only way he knew how, with an exclamation mark. It was a true Hollywood goodbye as Bryant capped an illustrious career by scoring 60 final-game points in a 101-96 victory over the Utah Jazz at Staples Center. Bryant drained 23 points in the fourth quarter, posting his first 50-point game since February 2009.

"It's hard to believe it happened this way," Bryant, who played 42 minutes and attempted a career-high 50 shots, said. "I'm still shocked about it… The perfect ending would have been a championship. But tonight was [me] trying to go out, play hard and try to put on a show as much as I possibly could. It felt good to be able to do that one last time."

The highlight of a stellar career and the night Bryant threatened to surpass Wilt Chamberlain. Kobe played 1,346 NBA games but he was well and truly in the zone against the Raptors, scoring 81 points - just 19 short of Chamberlain's legendary 100-point outing in 1962. Bryant produced 42 minutes of pure brilliance to lead the Lakers past the Raptors 122-104. It was a display of efficiency as Bryant's outburst featured a 60.9 shooting percentage from the field and 53.8 per cent from beyond the arc.

"Not even in my dreams," Bryant said. "That was something that just happened. It's tough to explain. It's just one of those things."