East Bengal Vs ATK Mohun Bagan Live Streaming: How To Watch First-ever Kolkata Derby Of ISL On TV And Online 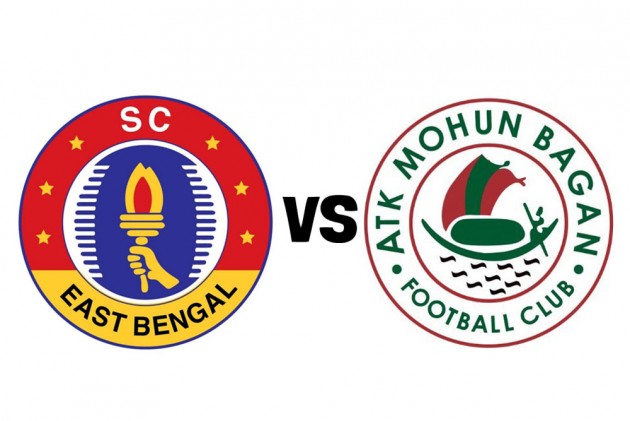 A new chapter will be added in the history of Indian Super League (ISL) when SC East Bengal take on ATK Mohun Bagan in what will be a continuation of their world-famous rivalry, albeit under new establishments and in new surroundings. (More Football News)

Despite the recent changes, the souls of India's two living legacy clubs remain the same and they continue to yearn the same thing -- to play the most beautiful game, and if given a chance, entertain the fans in the Kolkata derby with everything they have. Now, two of the world's oldest football institutions have found a new stage to resume their century-old rivalry.

As Indian football claims to scale new heights in the form of Reliance-powered ISL, East Bengal and Mohun Bagan will give the league some sort of legitimacy. For, they bring a history which no other club or rivalry can challenge, in its richness or fierceness. And their first meeting in ISL will be a mouth-watering clash, as usual.

With that, here's everything you need to know about ISL's own Boro match:

Head-to-head: Yes, this is a new start and the past records will not be counted in the ISL books. But, it will be futile not to have a look at the two clubs' rivalry. It's claimed that the first recorded Kolkata derby happened on August 8, 1921 in a Cooch Behar Cup match. Since then, they have met 369 times, including 327 competitive matches with East Bengal leading the head-to-head record with 129 wins, to Bagan's 119. In their last meeting, in the I-league, Bagan beat Bengal 2-1.

In the season opener, ATK Mohun Bagan beat Kerala Blasters 1-0, thanks to a Roy Krishna strike. East Bengal are yet to play a match this season.

Mohun Bagan: Antonio Habas will continue to rely on the attacking prowess of Roy Krishna and David Williams. Michael Soosairaj is out with an injury. Bagan have tried and tested squad, and Habas knows how to field a winning XI.