Taking a picture of the attacking field set by Australia in the final hour of the fourth Ashes Test, Kolkata Knight Riders tried to take a dig at MS Dhoni, and Ravindra Jadeja was visibly unhappy with it. 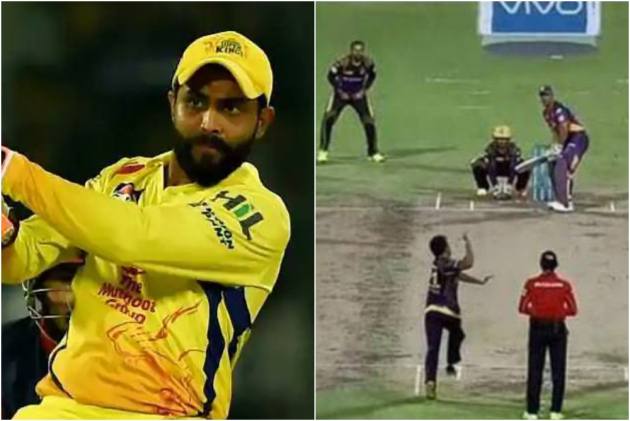 The final day of the fourth Ashes Test between Australia and England in Sydney kept all its viewers on the edge of their seats, especially after what panned out in the final session of the day. (More Cricket News)

Australia were nearing a win but England’s fightback kept the match hanging in balance. With the roller-coaster ride about to end, Australia, desperate in search of final wickets, set an extremely attacking field. Though the match ended in a draw, the pictures of the field setting from Australia went viral on internet.

Taking one of the pictures, Indian Premier League-side Kolkata Knight Riders made a collage of two images wherein the second picture was of MS Dhoni. In the picture, Dhoni was also surrounded by a similar field set by KKR during one of the IPL games.

“That moment when a classic move in Test cricket actually reminds you of a T20 masterstroke,” said the two-time IPL champions while tweeting the picture.

Giving it back to KKR, Dhoni’s IPL teammate and India player Ravindra Jadeja said: “Its not a master stroke!Just a show off [sic].”

Ravindra Jadeja and MS Dhoni are two of the four players retained by the Chennai Super Kings franchise ahead of IPL 2022. While Jadeja was the first-choice retention bagging an amount of 16 crore, Dhoni was retained in the CSK set-up at 12 crore as the second-choice. The other two retained players were Ruturaj Gaikwad and Moeen Ali.

Both Dhoni and Jadeja are key players of CSK. Apart from leading the team to four IPL titles despite the side getting banned for two seasons, Dhoni has scored a total of 4621 runs for the side. He is the second highest run-scorer for CSK. Meanwhile, Jadeja has scored 1480 runs overall for the team alongside taking 109 wickets.