World rapid champion Koneru Humpy got the better of Russian Valentina Gunina 6-5 to set up a last four clash with world No.1 Hou Yifan of China 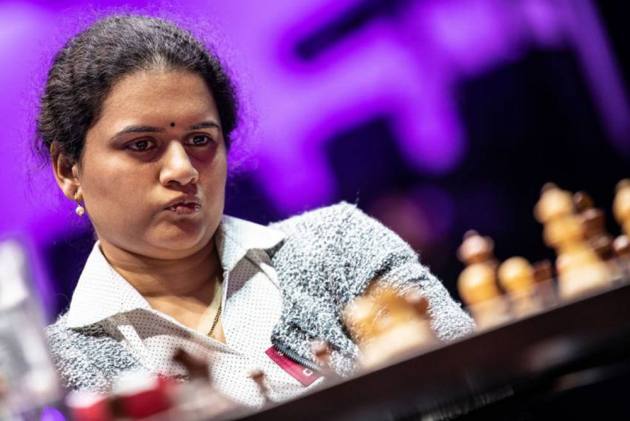 India's top player Koneru Humpy reached the semifinals of the fourth and final leg of Women's Speed Chess Championships on Thursday while her compatriot D Harika bowed out in the quarterfinals. (More Sports News)

The world rapid champion Humpy got the better of Russian Valentina Gunina 6-5 to set up a last four clash with world No.1 Hou Yifan.

The Indian, ranked No.2 in the world, started well and established an early lead before Gunina fought back. However, Humpy held her nerve to advance to the semifinals.

Harika, on the other hand, went down 3-9 to former world champion Alexandra Kosteniuk of Russia in an encounter which the latter dominated.

Yifan, meanwhile, continued her good form to post an easy 7.5-3.5 win over Zhansaya Abdumalik of Kazakhstan in the quarterfinal.

This is the final leg of the Grand Prix, with a total of 21 participants. Each of the 21 players participates in three out of four Grand Prix legs. Each GP is a 16-player knockout event.

In each GP leg, every player scores cumulative grand prix points according to the position in the final standings.

The two players who score the highest number of cumulative grand prix points in all three GP legs qualify for the Super Final to be held on July 20.