Konica Layak is the fourth shooter to die of suicide in as many months. Namanveer Singh Brar, Hunardeep Singh Sohal and Khushseerat Kaur Sandhu are the three others. Layak left a suicide note too. 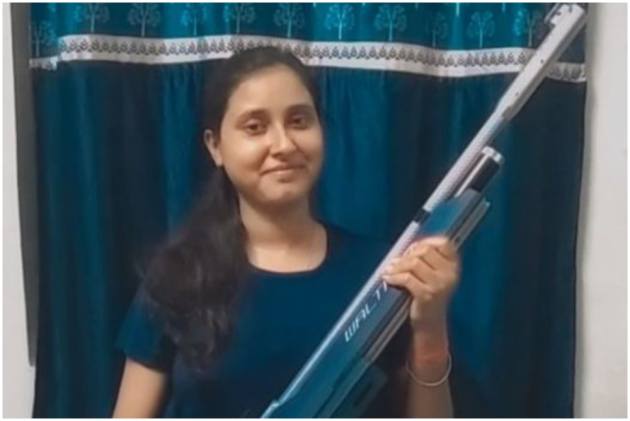 Konica Layak, a Jharkhand-based shooter in her twenties has committed suicide in her hostel room in Bally, Howrah, on the outskirts of Kolkata. Layak, who was training under Olympian and Arjuna Awardee Joydeep Karmakar, was found hanging on Wednesday. She also left a suicide note. (More Sports News)

Police sent the body for postmortem and her parents have arrived in the city. According to the cops, Layak skipped dinner on Wednesday and was unresponsive when called. She also didn’t open her door after several knocks.

“They called us when she was not responding to calls or knocks on the door. We broke open the door to find her hanging,” said an officer of Howrah city police. Police said the one-page written note on hindi read she failed to meet the expectations of her parents and was dissatisfied with her recent performances.

Layak is the fourth shooter to die of suicide in as many months. Mohali resident Namanveer Singh Brar, a bronze medal-winner at the World University Games, killed himself in September. In October, state-level shooter Hunardeep Singh Sohal ended his life after an injury affected his career.

Pistol shooter Khushseerat Kaur Sandhu, who made her India debut at the Junior World Championships in Lima in October, killed herself.

The suicide note suggested Layak committed suicide after failing to qualify for the Nationals this year after she was allegedly charged with serious target tampering at the All India GV Mavlankar Championships in Ahmedabad held in October.

“She had been very regular since she joined in July but she didn’t come to the academy for the past 10 days,” Karmakar was quoted as saying. “She gave excuses like her and her mother’s illness, but we learnt from her father on Thursday that she had attended a friend’s wedding at Chittaranjan last Sunday.”

“After she was disqualified from the nationals, she claimed she was forced to admit that she had cheated and write an apology. She insisted she was innocent. But she had soon resumed training in full zeal. She was a raw talent but had shown good progress quickly,” said Karmakar.

“The reason for the disqualification was extremely strange,” he added. “In my 25-year career, I have not come across anyone being barred for this. I just can't believe that the sweet, smiling girl is no more,” added Karmakar.

Layak came into the limelight after she asked for equipment help on social media following her gold medal-winning feat at the 11th Jharkhand State Rifle Shooting Championship using a borrowed rifle. She had won a silver too in the same event. She tagged several known personalities in her social media post including actor Sonu Sood and Karmakar.

Soon after, Sood gifted Layak a German rifle while Karmakar took her to his academy in Kolkata offering her free admission and slashing her training fees to half.