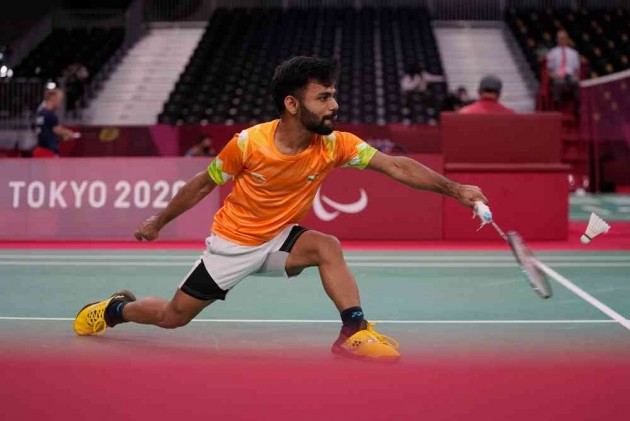 The 22-year-old from Jaipur, seeded second, saw off his rival 21-17 16-21 21-17 in the final to retain his unbeaten run at the Games and join compatriot Pramod Bhagat in the gold medal winning list.

Bhagat had claimed the first gold in badminton in SL3 class on Saturday.

This was India's fifth gold at the Games.

Earlier, Suhas Lalinakere Yathiraj ended his campaign with a historic silver after going down fighting against top seed Lucas Mazur of France in the men's singles SL4 class final.

The 38-year-old Noida district magistrate, who has an impairment in one of his ankles, produced an entertaining performance before narrowly going down 21-15 17-21 15-21 to two-time world champion Mazur in a 62-minute summit clash.