They have already played together for Mumbai Indians in the Indian Premier League. 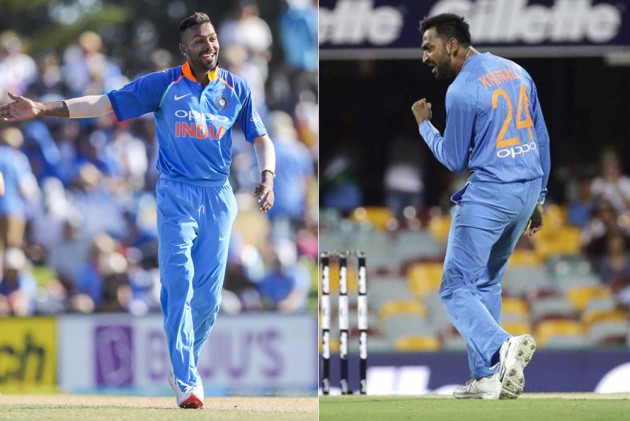 Pandya brothers – Krunal and Hardik – played for India together for the first time in the 1st of three Twenty20 International match against New Zealand in Wellington on Wednesday.

They are the third set of brothers to play together for India in an international match, after Mohinder and Surinder Amarnath (in three ODIs) and Irfan and Yusuf Pathan (eight ODIs and eight T20Is).

They have already played together for Mumbai Indians in the Indian Premier League.

Who Says What After India's Biggest Defeat By Runs In T20I?

Both the all-rounders have given match-winning performances for India, but things didn't go as planned for Men in Blue at Westpac Stadium on Wednesday.

India suffered their biggest defeat in T20Is in terms of runs as New Zealand cantered to an 80-run win.