Kyle Jamieson, who is on maiden UK tour, flew to Maldives along with skipper Kane Williamson to escape COVID-19 hotspot Delhi 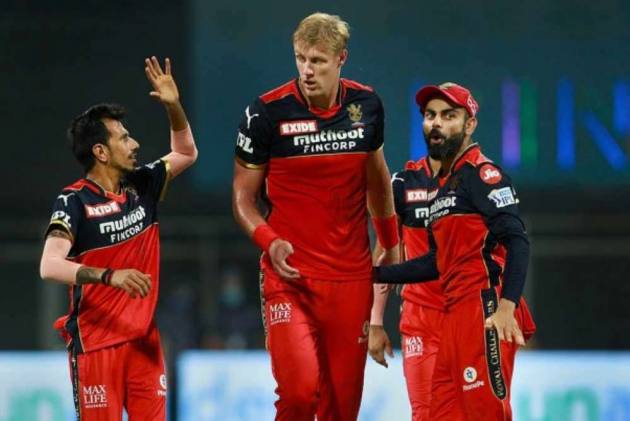 New Zealand pacer Kyle Jamieson says leaving the IPL 2021 amid the raging pandemic in India was an "interesting" experience but he remained confident that the "good people" around him would ensure a safe passage to England for his first UK tour. (More Cricket News)

Jamieson, along with New Zealand captain Kane Williamson, chose to fly to Maldives from Delhi before they were to take a flight to the UK as they felt unsafe in India's national capital, then the hotspot of COVID-19 in the country.

"It was an interesting one. It is not something that you could plan for. We were sort of informed right through. We had some pretty good people around us, the BCCI and IPL teams," said Jamieson in a media interaction on Sunday.

The lanky pacer plays for RCB in the IPL. The tournament was suspended after multiple cases of COVID-19 were found in its bio-bubble.

"We just had to do the right thing by ourselves. Obviously the situation in India was pretty dire and we were mindful of that what is going outside our bubble. Once it (the virus) got inside it was the right decision to postpone it.

"We just had to keep trusting in those people and control we can control and we had some pretty good people around us to help us get to England."

Jamieson is excited about his maiden UK tour which begins with the first Test against England at Lord's before culminating with the World Test Championship final against India, which is scheduled to be held from June 18-22.

Asked if it is hard not to have one eye on the WTC final before the two Tests against England, Jamieson said: "Not really at all. If you look too far ahead you can get caught in the bounce a little but.

"It is my first trip to England. I am playing cricket for first time at Lord's. If I get distracted by something in two three weeks time then I would end up not being in great shape.

"I am just trying to be as mindful as I can around this Test and enjoy. Who knows if it ever happens again for me. So just focusing on this Test and Edgbaston and then the final (against India). It is not going to go away or come any closer so I will take care of this one first."

The IPL will resume in September in the UAE. Asked if he would be available for that, Jamieson added: "To be fair I have no idea really. That news came out couple of days ago, we have not had any conversation about it. Our mind is on the Test gainst England and the final against India. Don't want to look too far ahead."