Kylian Mbappe, whose future has long been under scrutiny, says he could decide to commit his long-term future to PSG 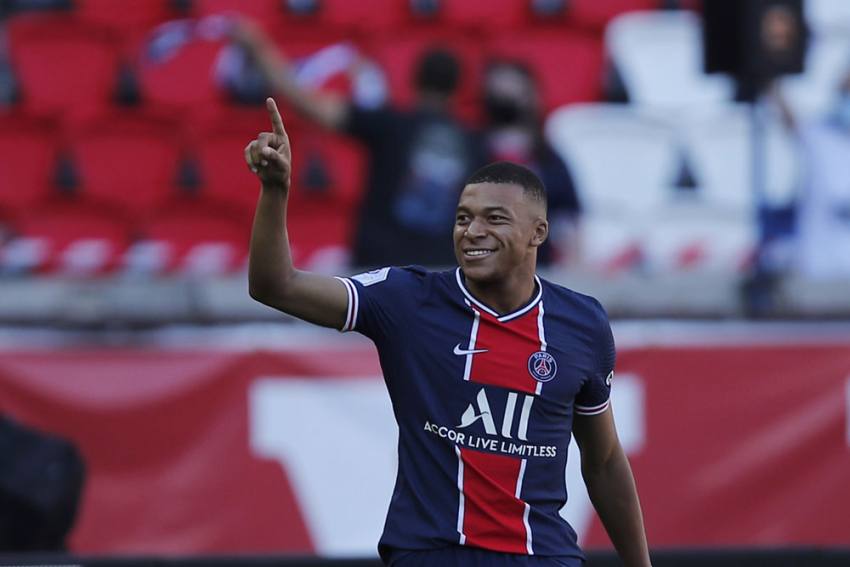 The 22-year-old forward ended a four-game goal drought on Friday, scoring twice and setting up another as Mauricio Pochettino's side beat Montpellier 4-0.

The France star's future has come under scrutiny during a recent loss of form, with his deal set to expire at the end of next season.

Sporting director Leonardo confirmed to France Football this week that he was confident Mbappe and team-mate Neymar would agree to fresh terms at Parc des Princes.

Mbappe, who has been linked with clubs including Real Madrid and Liverpool, said he would commit to a new deal if he decided his long-term future would be best spent in the French capital.

"We are talking with the club," he told Telefoot. "I am also reflecting on it. If I sign, it will be to invest myself in the long term here.

"I feel good here. I will soon have to make a decision. If I extend, it's so that I stay."

13 - Kylian Mbappé received 13 assists from Angel Di Maria in Ligue 1, more than from any other player in the top-flight. Complicity. #PSGMHSC pic.twitter.com/LCV9KQ58y6

Mbappe was the star performer in the win over 10-man Montpellier, PSG's fourth in a row in all competitions and their third in succession without conceding in Ligue 1.

The champions have enjoyed an encouraging start to life under coach Mauricio Pochettino, who replaced Thomas Tuchel this month.

"I'm really satisfied; it was a great game," said Angel Di Maria. "We had a lot of chances that we managed to take.

"We have to adapt to a new football, but it's going well physically, and that's very important."