Kylian Mbappe became just the 10th player ever to score a competitive hat-trick away to Barcelona on Tuesday. 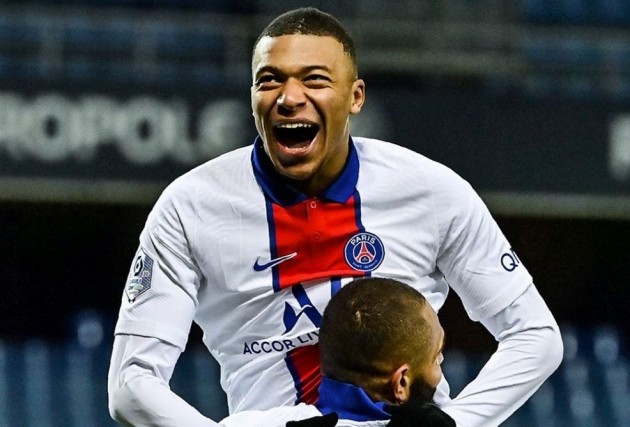 Kylian Mbappe became just the 10th player ever to score a competitive hat-trick away to Barcelona on Tuesday.

The World Cup winner netted a sensational treble as Paris Saint-Germain took command of their Champions League last-16 tie with a 4-1 away win in the first leg.

Mbappe's smart close-range finish cancelled out Lionel Messi's penalty opener, before he tapped in after half-time to give PSG the lead for the first time.

Moise Kean added to that advantage before a sublime breakaway fourth saw Mbappe sweep a stunning finish into the top-right corner.

The France forward is the first visiting player to score three times at Camp Nou since Diego Forlan's hat-trick for Villarreal in 2005.

That Forlan effort was the first of the 21st century, the previous being the only other Champions League treble besides Mbappe's, when Andriy Shevchenko led a remarkable 4-0 away win for Dynamo Kiev in 1997.

Not all hat-tricks for away sides at Barca have resulted in such dominant displays, however.

Forlan could only secure a 3-3 draw, with three of the 10 trebles coming in matches that ended all square.

And two three-goal stars actually finished on the losing side, including poor Milinko Pantic in a Copa del Rey epic months before Shevchenko stole the show.

Pantic scored four times for Atletico Madrid, yet they improbably went down 5-4 to Bobby Robson's Blaugrana.

The only other instance of a visiting player netting four came at Barca's previous Les Corts home when Julian Arcas did so in a draw with rivals Espanyol in 1956.

Two of the 10 hat-tricks came at Les Corts - the other eight were all at Camp Nou - as Barca also beat Valencia 4-3 in 1948 despite Vicente Segui's treble.