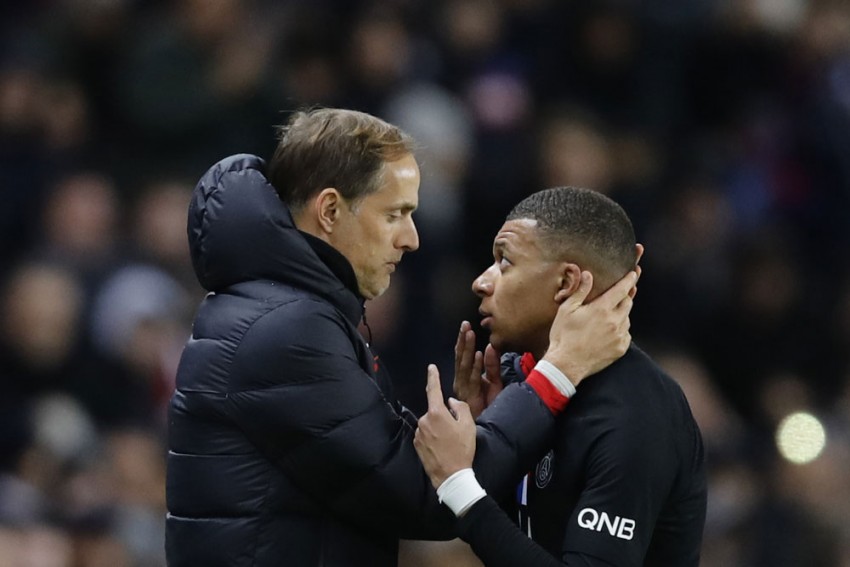 Kylian Mbappé is publicly bidding farewell to coach Thomas Tuchel, even before Paris Saint-Germain does so. (More Football News)

The defending French champions have not confirmed Tuchel's firing but it was widely reported on Thursday, a day after PSG beat Strasbourg 4-0 and after Tuchel was questioned about comments he made to German broadcaster SPORT1.

“Unfortunately it's the law of soccer but no one will forget your time here,” Mbappé wrote on Instagram late Thursday.

“Thank you, coach.” Mbappé also thanked three of Tuchel's assistants, including Arno Michels, who responded: “Thanks Kylian, it was a great pleasure.”

In the SPORT1 comments, Tuchel reportedly claimed that managing the club was more akin to being a politician or a sports minister, such was the level of difficulty, and that he did not receive enough recognition for leading the club to its first Champions League final.

Tuchel's side — third in Ligue 1 — has struggled at times this season with four league defeats. It lost two of the first three games in the Champions League though PSG ended up advancing to the knockout stage by topping its group.

Tuchel, hired before the 2018-19 season, was also at odds with PSG sporting director Leonardo, who publicly rebuked him over comments made shortly before the end of the transfer window in October.

Tuchel said he needed new recruits, and that the club let players go too easily, such as 200-goal top scorer Edinson Cavani and stalwart defender Thiago Silva. Their contracts were not renewed and both are doing well in the English Premier League.

Goal-scoring winger Angel Di Maria is also nearing the end of his contract.

Last week, Tuchel fretted that his players were already mentally tired so early in the season tired heading into a table-topping showdown with Lille. That match finished 0-0 and followed on from a 1-0 home loss to Lyon, which leads the league from Lille heading into the winter break.

PSG's campaign has been littered with injuries to star players like Neymar and Mbappé. Its season start was delayed after several players — including Neymar, captain Marquinhos and Di Maria — tested positive for the coronavirus after returning from a club-sanctioned holiday trip to the Spanish party resort of Ibiza.

In his first season, PSG opened with 14 straight league wins but failed to retain both of its domestic cup trophies and lost a string of league games near the end. It was also eliminated from the Champions League in the round of 16. Last season, Tuchel bounced back by leading PSG to a domestic treble and the Champions League final.