Kylian Mbappé will remain with Paris Saint-Germain this season, and the star French forward could leave for Real Madrid as a free agent next summer 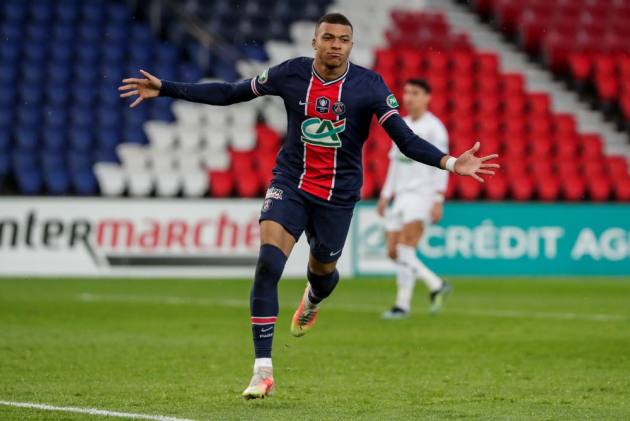 The deal that didn't happen best defines the landscape of European football after a summer transfer window that saw unexpected moves by Lionel Messi  and Cristiano Ronaldo. (More Football News)

Kylian Mbappé will remain with Paris Saint-Germain this season, and the star French forward could leave for Real Madrid as a free agent at age 23 next summer for free rather than for a fee that could have exceeded $200 million now.

A decade into ownership that leads to the emir of Qatar, PSG is among the few clubs able to weather the pandemic, protected by its sovereign wealth. The club benefits by UEFA's Financial Play Fair being in flux during an overhaul, rules that often appeared flimsily applied.

PSG also could gamble on the hope Mbappé helps it win the Champions League for the first time in a strike force with Messi and Neymar, then extend his contract.

Ultimately, there will be questions over whether Madrid could fund Mbappé's transfer. Club president Florentino Pérez has been badly bruised by the spectacularly ill-judged and short-lived Super League he fronted. Real Madrid, like others, is coping with more than a season of lost revenue caused by empty seats.

PSG never signed up to the largely closed European breakaway with a dozen clubs from England, Italy and Spain in April. Instead, its Qatari president, Nasser Al-Khelaifi, emerged from the wreckage with more clout as leader of the European Club Association — and now with a team that figures to unnerve opponents with Mbappé, Neymar and Messi leading the attack.

“Club states are as dangerous to the football ecosystem as the Super League,” Tebas tweeted early Wednesday.

“We were critical of the Super League because it destroys European football and we are just as critical of PSG.”

Little wonder, when the French club rebuffed bids for Mbappé after having acquired one of the greatest players of all time from the Spanish league.

Messi only came on the market because Barcelona, weighed down by debt that ballooned to 1.35 billion euros ($1.6 billion), had to shed players to comply with the financial regulations enforced by La Liga.

Even as the window was about to close, Barcelona cut its wage bill further by loaning high-salaried Antoine Griezmann to Atletico Madrid in a deal that might only recoup 50 million euros ($59 million), two years after paying 120 million euros ($146.1 million) for the striker.

Now it's clearer why Barcelona was so willing to enrage the football order by splitting from the Champions League structure to bank an instant windfall worth hundreds of millions of euros from the Super League that never was. It also shows why Barcelona, along with Madrid and Juventus are clinging to the project despised by UEFA and fans alike, despite the  prospect of a Champions League ban.

This was the transfer window that humbled the elite from Spain and Italy and, most strikingly, reasserted the status of the world's wealthiest soccer competition — the Premier League — as a destination of choice.

While Messi experienced a tearful and reluctant departure from Barcelona, Ronaldo was the instigator of his push to abandon Juventus just one match into his fourth season.

More surprising than Messi and Ronaldo switching clubs in the same transfer window was the speed of the 36-year-old Portugal forward's deal to return to Old Trafford after 12 years, a decision pushed by former United manager Alex Ferguson.

And Ronaldo's replacement at Juventus was Moise Kean, a forward returning to Turin after being unable to make an impact at Everton.

Serie A not only lost last season's top scorer to the Premier League but also its second-most prolific player, Romelu Lukaku, who helped to win the title for Inter Milan.

A bid of 115 million euros ($135.7 million) was accepted from Chelsea from Inter, which is hamstrung by the financial difficulties of its Chinese ownership, the Suning conglomerate.

“The players who left Italy were taken by teams that are financially stronger, but they came here to reassert themselves," Italy coach Roberto Mancini said.

“This means that our league is not so bad. It's clear that it's a pity to lose them because young people always improve by watching the champions.”

The Italian league's overall financial plight is not helped by having to stream its games for free on YouTube in the Middle East after previously earning $500 million over three seasons from beIN Sports — the Qatari-based broadcaster also run by PSG's Al-Khelaifi that did not bid again due to a piracy dispute.

Yet, perhaps the Premier League's transfer window was also defined by a transfer that didn't happen. Tottenham denied Harry Kane a move to City, when more than 100 million pounds ($137.3 million) was offered, because the value of Premier League rights has been protected during the pandemic and the striker had three years remaining on his contract.

The biggest spender during Europe's summer transfer window was a fallen power off to a terrible start this season.

The signing of Japan defender Takehiro Tomiyasu on Tuesday took Arsenal's spending to 150 million pounds ($206 million). The north London club, which last won the Premier League in 2004, is in last place with no points from three games — just four months after being considered part of the Super League elite. (AP)