Kylian Mbappe’s contract runs out in June and since the start of January, he has been a free agent, meaning he can leave for nothing at the end of the season. Last summer, PSG withstood an aggressive bid from Real Madrid. 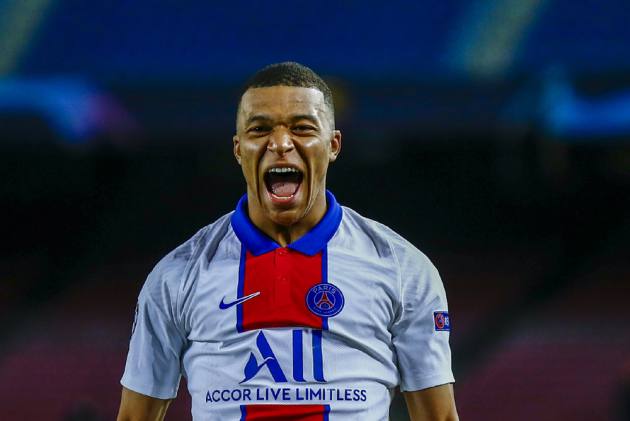 PSG coach Mauricio Pochettino still hopes star striker Kylian Mbappe agrees to a new long-term contract, even though he is now free to sign for another club next season. (More Football News)

Mbappe’s contract runs out in June and since the start of January he has been a free agent, meaning he can leave for nothing at the end of the season.

"The club knows his situation, our wish is that he stays at the club for several years," Pochettino said Sunday at a pre-game news conference ahead of Monday's French Cup game at third-tier Vannes. "We hope that Kylian continues to be just as efficient and that it's a favorable outcome for everyone."

Last summer, PSG withstood an aggressive bid from Real Madrid reported to be around 200 million euros ($227 million) for Mbappe, who starred for victorious France at the 2018 World Cup. PSG's sporting director Leonardo said Mbappe wanted to leave, but the move eventually fell through as Madrid backed away.

Mbappe has easily been French league leader PSG's best player this season, notching nine goals and eight assists in the league and scoring four goals in the Champions League for a total of 15 goals in 24 games in all competitions.

His PSG tally has risen to a prolific 126 in 151 games since joining along with Neymar in the summer of 2017 in a deal worth 180 million euros ($205 million). He had his best season in the last campaign with 42 goals overall.

Although Mbappe failed to score at the European Championship last summer, he has since shone for France by scoring the winner in the Nations League final against Spain. Karim Benzema scored the other goal in a 2-1 win with a magnificent curling strike.

It was in those games and subsequent matches that Mbappe's electric partnership with the Real Madrid star Benzema really caught the eye. Mbappe scored four times in an 8-0 rout of Kazakhstan in November.

They have combined superbly in recent internationals and pairing Benzema — who has 299 goals overall for Spanish league leader Madrid — with Mbappe would be a tantalizing prospect.

Pochettino understands that talk of such a move could prove unsettling, but that Mbappe remains fully focused.

"Such a situation can affect you if you don't have enough maturity," Pochettino said. "But Kylian has it."

Meanwhile, Pochettino is uncertain when Lionel Messi will be available to play after the Argentine star tested positive for the coronavirus back home. Three other PSG players and one staff member also had COVID-19, the club said.

Neymar will remain in Brazil until Jan. 9 as he recovers from an ankle injury in late November. The club said Sunday that the 222-million euro ($253-million) world record signing is expected to resume training in around three weeks' time.

PSG resumes its bid to wrestle the title back from Lille when it visits Lyon next Sunday, as league play restarts following a winter break.