How The Heavyweights Look – With La Liga starting on Friday, we examine how the big three - Real Madrid, Barcelona and Atletico Madrid – look ahead of the big kick-off 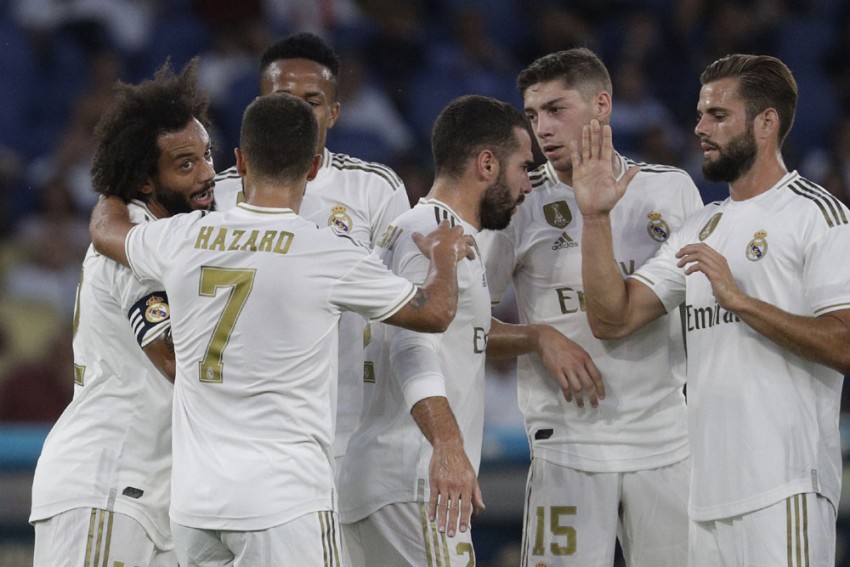 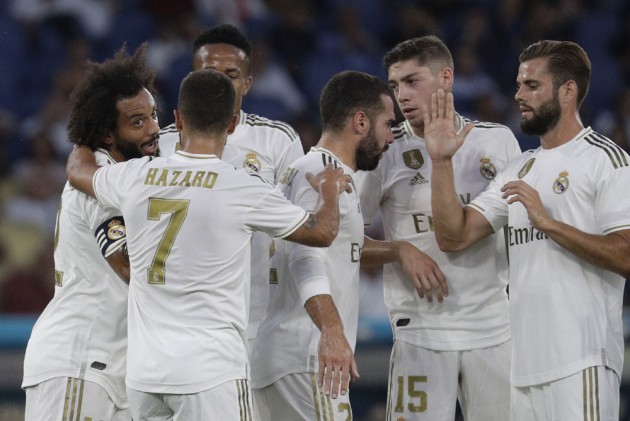 Zinedine Zidane must have anticipated problems when he returned as Real Madrid coach in March, but whether he predicted the shambles that has since come to envelop the club is unclear.

Poor pre-season form, rumours of a power struggle with the president emanating from a farcical handling of Gareth Bale's future, uncertainty over new signings – these are all issues on Zidane's plate heading into the 2019-20 LaLiga season.

Madrid finished a whopping 19 points adrift of Barca last season, and the champions certainly don't appear any weaker. Even Atletico Madrid, amid a major rebuild, look better prepared than their neighbours.

Although few will be surprised if Los Blancos fall apart again as they did last term, this season there is at least a little uncertainty surrounding their rivals – could Antoine Griezmann be a disruptive influence at Barca? Will Atletico cope with so much upheaval?

We've gone ten seasons without a defeat on the opening day of LaLiga!#RMLiga | #HalaMadrid pic.twitter.com/lpkF9hQbGq

Madrid and their fans were supposed to be reinvigorated during the close season, with the transfer business expected to see the squad boosted, deadwood offloaded and supporters excited.

Also Read: Neymar 'Would Be A Bomb Inside The Locker Room'

While Eden Hazard will surely thrill, little certainty can be garnered from the rest of their signings. Ferland Mendy has struggled with injury, Eder Militao and Rodrygo are inexperienced and Luka Jovic is reported to have already left Zidane underwhelmed, sparking rumours of a loan exit.

James Rodriguez and Gareth Bale remain, however, with the latter reportedly at the centre of a power struggle. Zidane wants him out, president Perez doesn't.

How much of an impact the growing tension has on the season remains to be seen, but it cannot help ease the pressure Zidane is under following disappointing pre-season results and winning just 45 per cent of his matches in charge last term.

Compared to Santiago Solari's win percentage of 69, it's fair to say Zidane hasn't been a positive force of change yet. He might not be given the time to turn things around.

Rarely under Diego Simeone have Atletico been a thrill to watch in the conventional sense, mostly shirking all-out attacking tendencies and relying on a stable, full-blooded defence.

Don't expect that to change despite the most significant overhaul in Simeone's time at the helm, with Griezmann, Diego Godin, Juanfran, Filipe Luis, Lucas Hernandez and Rodri all moving on.

Simeone accepts things will be slightly different given the sheer scale of the changes, but he is not sparing newcomers of his exhaustive methods.

"We must be realistic," he told La Nacion recently. "It will be a moment of renewal. We are going to have to reinvent ourselves, so we have to think only of the day-to-day.

"Perhaps over time that [attitude] has faded, so now we will have to redouble our philosophy."

Atletico's dealings have generally been quite shrewd, if we ignore the somewhat risky signing of the inexperienced – albeit hugely talented – Joao Felix for €126m.

Kieran Trippier and Renan Lodi are very much in the mould of the full-backs they've replaced; Marcos Llorente and Hector Herrera offer a typical Simeone blend of tenacity and technique; Felipe is experienced, and Mario Hermoso was one of LaLiga's best centre-backs last term.

Early indications are encouraging, particularly after that 7-3 pre-season drubbing of Madrid.

If you didn't get enough of the Antoine Griezmann soap opera last year, by now you're surely sick of the sight of him.

The contrived and ill-conceived 'La Decision' video documenting his agonising over a choice between Atletico or Barca just before the World Cup did little to endear him to either set of supporters, even though he opted to remain in Madrid for another season.

After finally getting the move he reportedly desired in 2018, the pressure couldn't be greater for Griezmann. By all accounts, he had an underwhelming final campaign at the Wanda Metropolitano, with 15 goals in 37 LaLiga games.

A few poor games and Barca supporters – who were widely reticent to the idea of Griezmann signing after last year's debacle – will be straight on his back.

A cursory glance at their treatment of Philippe Coutinho shows what could be in store for him.

But either way, Griezmann does add further depth to an already star-studded line-up of attackers and such a move may provide the jolt he needs to again elevate himself to the level of the world's best.

Despite his relative lack of experience compared to Griezmann, Frenkie de Jong looks more of a ready-made success and will surely take LaLiga by storm following his move from Ajax.