Athletic Bilbao will be missing the services of defender Inigo Martinez against Real Madrid next as he was sent off in the final moments against Gradana in La Liga 2021-22. Bilbao remained winless in five rounds. 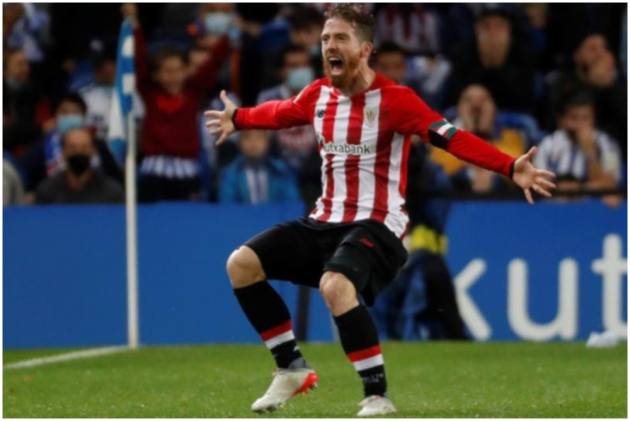 Iker Muniain set up one goal and helped force the equalizer that gave Athletic Bilbao a 2-2 home draw with Granada in the La Liga. The attacking midfielder passed for forward Raúl García to score the 10th-minute opener on Friday. (More Football News)

Granada rallied to take the lead after Darwin Machís made it 1-1 in the 25th with a shot that went in off the post. Jorge Molina then swept in a poorly defended shot by Machís that hit two defenders before reaching the striker to send the visitors into halftime with the lead.

After almost equalizing with a long shot that hit the crossbar, García's headed pass to Iñaki Williams started a team move that ended in a 76th-minute own goal by Granada goalkeeper Luís Maximiano.

Williams' shot was saved off the line by defender Luis Abram, only for Muniain to finish it off with a ball that ricocheted off the post and goalkeeper Maximiano before going in.

Bilbao remained winless in five rounds but stayed in eighth place. It will be without defender Inigo Martínez next round against Real Madrid after he received a direct red card in the final moments of the match for fouling a Granada player with only the goalkeeper to beat.

Granada coach Robert Moreno watched the match from a box at San Mamés Stadium while serving the first of a two-game suspension after he was sent off during a loss to Madrid last round for protesting. His team moved into 14th place, three points from the relegation zone.