The win helped Real Madrid go seven points clear of Atletico Madrid at the top of La Liga 2021-22. This was also Karim Benzema’s eighth goal in his last seven matches with club and country. 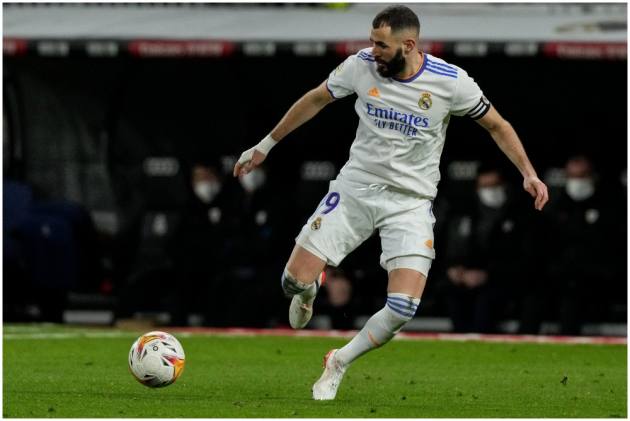 Shortly after Karim Benzema scored again for Real Madrid, the ‘Ballon d'Or’ chants began echoing from the Santiago Bernabéu crowd. Madrid fans made it clear who they felt deserved the player of the year award that was won by Lionel Messi on Monday. (More Football News)

They had just witnessed another decisive performance by the France striker, who netted a first-half winner that gave Real Madrid a hard-fought 1-0 win over Athletic Bilbao in the La Liga 2021-22.

Benzema’s league-leading 12th goal allowed Madrid to extend its winning streak to seven matches in all competitions and increase its lead at the top of the league standings. Benzema finished fourth in the Ballon d'Or vote, upsetting many Madrid fans and some players.

“He deserves it,” Madrid goalkeeper Thibaut Courtois said. “But in the end this is a weird award. They don't look at what happened the entire year. It's tough to win it.” The win extended Madrid’s unbeaten streak to 10 matches in all competitions.

“We played well in the first half but they improved in the second and it was tough in the final 15 minutes,” Courtois said. Madrid opened a seven-point lead over both Atlético Madrid and Real Sociedad. It has 36 points from 15 matches. Atlético has a game in hand compared to its city rival.

The game had been postponed from the ninth round. Benzema found the net from close range in the 40th minute after Athletic goalkeeper Unai Simon partially saved a shot by Marco Asensio. It was Benzema's eighth goal in his last seven matches with club and country.

Athletic, sitting in eighth place with 20 points from 15 matches, hasn't won in six straight league matches. “We have been playing well but can't come up with the victories,” Athletic midfielder Dani García said. “We have to keep working hard to change this dynamic.”

First-division clubs Sociedad, Mallorca, Espanyol, Sevilla and Real Betis all won their Copa del Rey matches against lower-division clubs to advance to the next round. Sevilla struggled the most, needing a goal by Lucas Ocampos in the second half of extra time to defeat fourth-division club Córdoba 1-0 in a match between southern Spanish clubs.