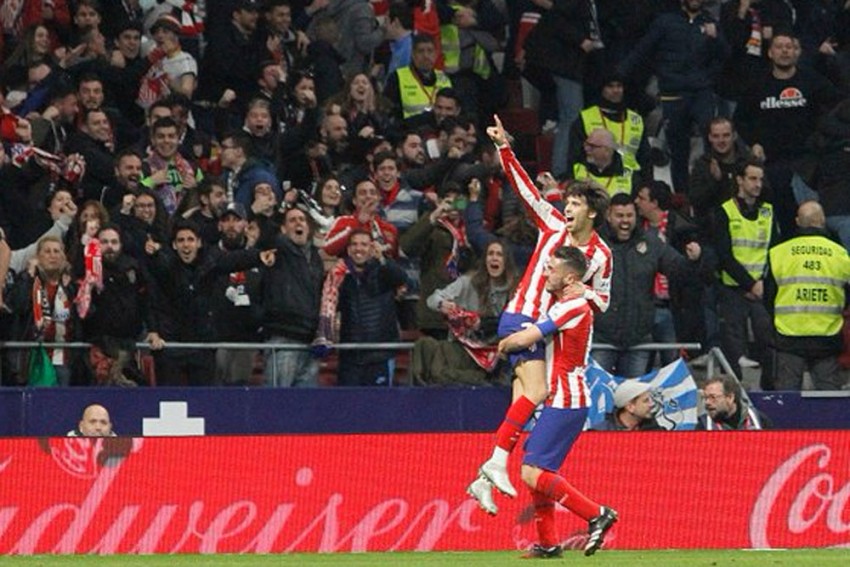 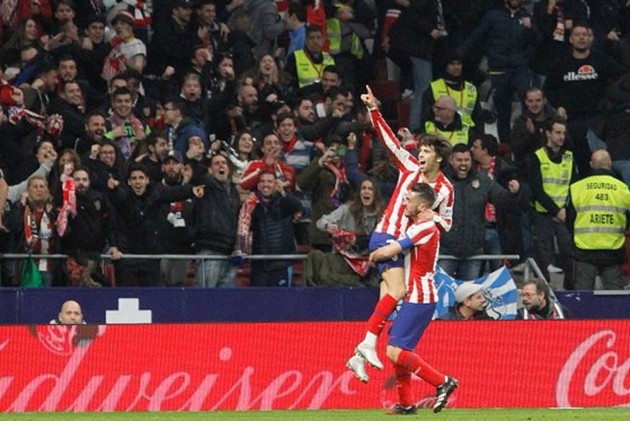 Atletico Madrid came from behind to beat Villarreal 3-1 and move into third place in La Liga, with Joao Felix scoring on his return from injury. (More Football News)

Suspended head coach Diego Simeone watched on from the stands as his players took full advantage of Getafe's 3-0 home defeat to Sevilla earlier on Sunday.

Goals from Angel Correa and Koke turned the game in Atletico's favour at the Wanda Metropolitano, cancelling out Paco Alcacer's first-half opener for the visitors.

A satisfying outing for the hosts was rounded off by a goal from Joao Felix, who found the net just 17 minutes after coming on as a substitute.

Fresh from a Champions League win over Liverpool in midweek, Atletico dominated the opening 15 minutes but were powerless to stop Alcacer's rasping half-volley from the edge of the box, the attempt flying into the net beyond Jan Oblak at full stretch.

Villarreal goalkeeper Sergio Asenjo made a superb double save to keep out a fierce volley from Alvaro Morata at first, followed by Vitolo's header from the rebound.

The visitors rediscovered their composure until the 40th minute when Raul Albiol inexplicably headed the ball to the feet of Sime Vrsaljko, allowing the full-back to lift the ball towards Correa, who poked a volley under the body of Asenjo to pull the hosts level.

Atletico sent on Kieran Trippier and Joao Felix – the duo back in action after recovering from injuries - to try and exploit the gaps appearing in the Villarreal defence, with both players making an impact.

Trippier broke down the Atletico right before cutting the ball back to Correa, whose floated cross was headed home by Koke after the captain arrived unmarked on the edge of the six-yard box.

Joao Felix wrapped up the victory, albeit his drive was aided by a deflection to beat Asenjo, as the 20-year-old scored his third league goal of an up-and-down debut campaign in Spain.

What does it mean? Simeone's warriors again show their mettle

This was only Atletico's second win in six La Liga matches but they are now unbeaten in three and beginning to find their form ahead of the business end of the season.

While they led early and held firm against Liverpool in the first leg of their last-16 tie on Tuesday, this time they demonstrated their resolve by overcoming an early deficit against domestic opponents.

After deftly poking home his team's equaliser, Correa showed his quality again with the assist for Koke's goal. His incessant running and intelligent link-up play were a key factor in deciding the outcome.

Striker Morata has not scored in La Liga in 2020 and, after none of his three shots ended that drought, he let his frustration show on the bench, slamming the ground after being replaced by Marcos Llorente seven minutes from time.

Atleti are away at bottom club Espanyol next Sunday in league action, while Villarreal travel to Athletic Bilbao.