The defeat to Real Madrid is a big blow for Barcelona and Ronald Koeman as they drop down to the eighth spot. This is also the worst possible start for Barcelona in the last decade. 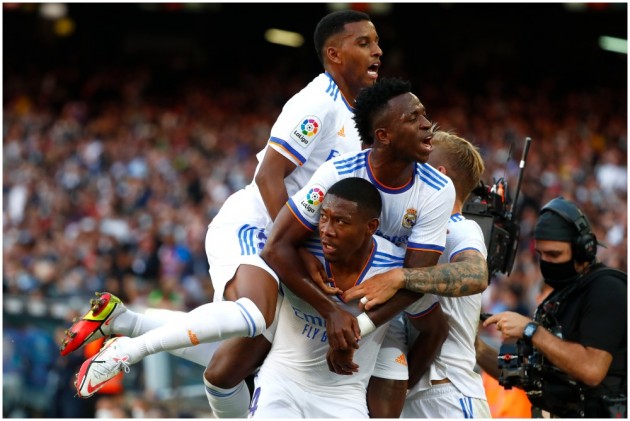 David Alaba and Lucas Vázquez scored as Real Madrid beat Barcelona 2-1 at Camp Nou on Sunday in the rivals’ first clash since the exit of Lionel Messi in La Liga. (More Football News)

Defender Alaba turned goal-scorer in the 32nd minute with a wonderful curling shot from the left side of the area that the outstretched Marc-Andre ter Stegen could not stop.

His strike came minutes after American Sergiño Dest squandered Barcelona’s best chance of the match when he sent his close-range shot soaring over the crossbar.

Vázquez added a second goal in stoppage time on a counterattack with Barcelona desperately thrown forward in search of an equalizer. Sergio Agüero pulled one back for Barcelona on a cross from Dest in the final seconds.

The victory moved Madrid to the top of the Spanish league, level on points with Sevilla and Real Sociedad. Sociedad can reclaim the lead when it faces defending champion Atlético Madrid later Sunday.

The defeat was another blow to Barcelona which has struggled since its financial troubles kept it from re-signing Messi and other players. Ronald Koeman’s team was left in eighth place at five points adrift.