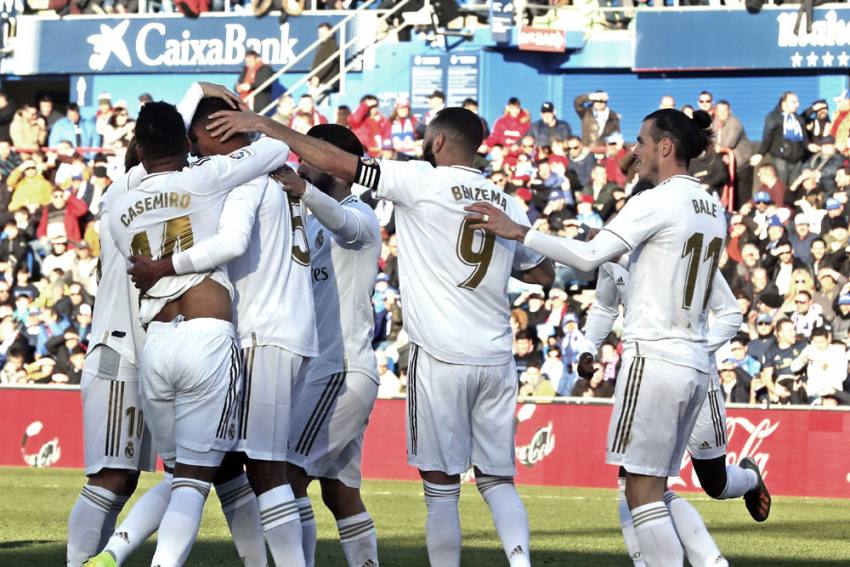 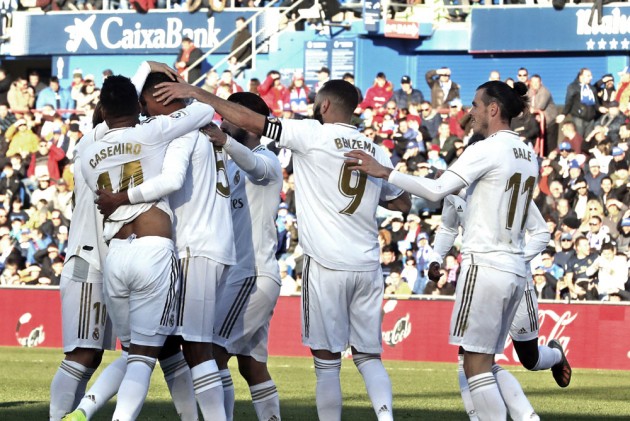 Raphael Varane scored one and played a big part in another as Real Madrid returned to winning ways with a 3-0 victory away at neighbours Getafe that took them top of La Liga. (More Football News)

Madrid drew three straight league matches prior to the two-week break, including back-to-back games without scoring, but got back on track on their return to action on Saturday.

The visitors ended their goalless run in fortuitous circumstances as opposition keeper David Soria helped the ball into his own net under pressure from Varane.

Varane headed in a second eight minutes into the second half at Estadio Coliseum Alfonso Perez and Luka Modric tapped home a late third as Madrid saw things through to move a point above Barcelona after playing a game more.

Madrid fired a blank at this ground last term but edged in front after 34 minutes on this latest visit, Soria getting the final touch after Varane beat him to Ferland Mendy's cross.

The visitors relied on Thibaut Courtois to keep them in front, though, the Belgium keeper denying Faycal Fajr and Leandro Cabrera with impressive saves at the end of the first half.

And those stops proved defining as, two minutes after Getafe had a penalty shout for handball against Eder Militao rejected, Varane powered home a header that was allowed to stand after a lengthy VAR check.

Gareth Bale was thwarted by Soria from a one-on-one late on but Madrid scored a third in added time through Modric, who had a simple finish after being teed up by substitute Federico Valverde at the end of a swift counter.

What does it mean? Madrid back on track

Back-to-back blanks for Los Blancos made it advantage Barcelona heading into the mid-season break in Spain's top flight.

This Varane-inspired victory moves them a point above Barca, who play their game in hand against Catalan rivals Espanyol later on Saturday.

Another clean sheet for Courtois

Courtois was last month described as the best goalkeeper in the world by his Belgium head coach Roberto Martinez and the ex-Chelsea shot-stopper has certainly stepped up of late.

This was his third clean sheen on the spin, secured thanks to two fine stops in the space of 163 seconds at the end of a closely contested first half.

Getafe could have gone fourth with victory and were arguably the side on top when the visitors opened the scoring via a huge helping hand - literally - from former Madrid youth product Soria.

He attempted to punch clear Mendy's left-sided delivery but Varane got the slightest of glances to it first, with the final touch coming off Soria's gloves for an own goal.

Madrid turn focus to Wednesday's Supercopa de Espana semi-final with Valencia in Jeddah, while Getafe face third-tier side Badalona in the Copa del Rey second round on their return to action in a week's time.