Check who play whom and when as all 20 teams, including heavyweights Real Madrid, Barcelona and Atletico, take the field on Sunday's penultimate round of Spain's La Liga 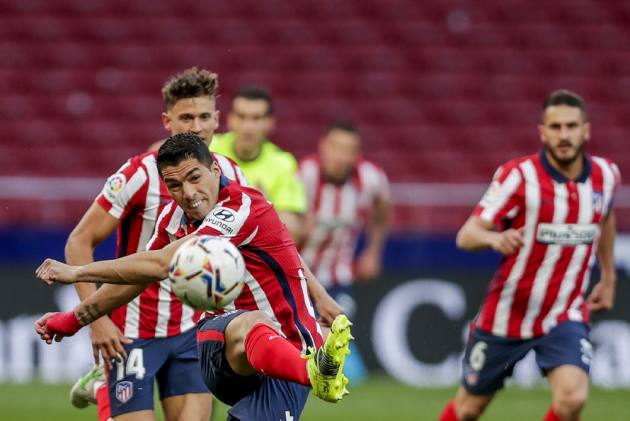 Atletico Madrid can win La Liga for the first time since 2014 as Diego Simeone's men enter the penultimate round with a two-point lead against defending champions Real Madrid. (More Football News)

They need to beat Osasuna at home and pray for Real Madrid to lose at Athletic Bilbao.  Zinedine Zidane's Los Blancos will be ready to pounce on any slip-up from their neighbours. Barcelona are third, and host Celta Vigo. The Catalans title hopes have dwindled after one win in their past four matches and could be over tonight.

As things stand, Atleti have 80 points, while Madrid and Barca are on 78 and 76 respectively. Sevilla are fourth with 74. And they are certain to qualify for Champions League.

But for Europa League spots, the race is even tighter with Real Sociedad (56), Real Betis (55), Villarreal (55) and Celta Vigo (50) separated by mere points.

And leading the charge for Atleti will be Luis Suarez, who has scored 19 goals in his first season at the club since joining from Barcelona. The 34-year-old won four La Liga titles during his time at Barca, including a very tight one in 2016 - a season in which he overshadowed both Lionel Messi and Cristiano Ronaldo with 40 goals. All eyes will be on the Uruguayan.

All 10 matches for round 37 will be played simultaneously.

Here are the fixtures:

If the title and relegation fight spill over to the final day, here's the complete fixtures: