The visit by Madrid will close a three-game home stretch for Barcelona that coach Ronald Koeman called crucial to getting his team back on the winning path. 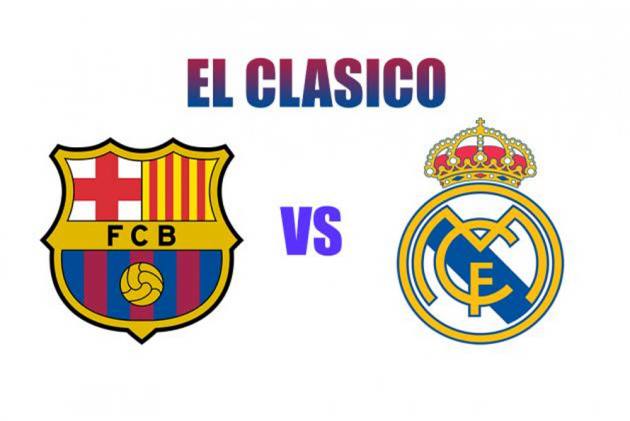 Barcelona faces another test of its post-Messi era when Real Madrid visits Camp Nou on an action-packed Sunday that also features a clash between the Spanish league leader and its defending champion. (More Football News)

The first clásico since Lionel Messi left for Paris will inevitably overshadow an equally enticing visit by Real Sociedad to Atlético Madrid. The Basque Country side with its sleek attacking style leads the league, while the titleholder boasts the deepest attack in the competition.

The visit by Madrid will close a three-game home stretch for Barcelona that coach Ronald Koeman called crucial to getting his team back on the winning path after a poor start to the season left him under intense pressure.

Koeman's side started the week beating Valencia 3-1 in the league. It followed that by beating Dynamo Kyiv 1-0 on Wednesday that boosted Barcelona's chances of avoiding elimination from the Champions League's group stage for the first time in 20 years.

But Koeman was critical of his players for not being more convincing against a timid Dynamo. Defender Gerard Pique scored Barcelona's only goal in three Champions League matches this season while its attack continues to sputter.

Messi and Antoine Griezmann, which the cash-strapped Barcelona loaned back to Atlético this summer to save his salary, combined for 58 of Barcelona's 122 goals last season.

Newcomer Memphis Depay leads Barcelona this season with four goals, but no other player has scored more than twice. Compare that to Madrid, which has got 11 goals from Karim Benzema and seven more from Vinícius Júnior.

“I can understand why our fans are upset because I am upset also," Koeman said.

“We have to be more efficient in scoring. It is the responsibility of our attacking players.”

Koeman made one exception to the criticism of his forwards; he said the team could not demand too much from 18-year-old Ansu Fati. The teenager, who recently returned from a 10-month injury layoff, signed a contract extension until 2027 after the Dynamo match that included a buyout clause of 1 billion euros ($1.1 billion).

“We have to remember he has been out a long time injured. And besides, he has yet to turn 19,” Koeman said.

“We cannot ask him to solve all our problems and fill the gap left by Messi. We have to go step by step and not ask him to perform miracles.”

Barcelona will be hoping Sunday's match against its fiercest rival can pull in more than the 45,000 spectators who only half-filled the 99,000-seat Camp Nou against Dynamo.

Madrid returns to Barcelona on the heels of a much-needed 5-0 victory at Shakhtar Donetsk in the Champions League. Madrid's big win followed two upsets: A shock loss to Moldavian side Sheriff at home and a defeat at Barcelona-based Espanyol in the Liga.

“(Vinícius) has improved greatly and is having a really good start to the season. He's got quality and is clinical in front of goal,” coach Carlo Ancelotti said after Tuesday's victory.

“This win gives us confidence, but the game against Barcelona is a different match and it'll be a different story.”

Barcelona enters the round in seventh place but just two points behind Madrid, which is in second place and level on points with Sevilla, Atlético and Osasuna.

Atlético midfielder Marcos Llorente will miss the Sociedad match because of injury. Even so, Diego Simeone should have his pick of Griezmann, Luis Suárez, João Félix, Yannick Carrasco, Ángel Correa, and Thomas Lemar to play up front.

Atlético trails Sociedad by three points and with an extra game in hand.

Simeone's side lost to Liverpool 3-2 this week but had previously beaten Barcelona and AC Milan.

Since losing its season opener, Sociedad has gone undefeated in 10 matches across all competitions. It visits Austria's Sturm Graz in the Europa League late Thursday.

Sociedad will be led up front by Aleksander Isak with Spain striker Mikel Oyarzabal injured.