Rayo Vallecano was trying to win their sixth match in a row at home for the first time since the late 1970s. 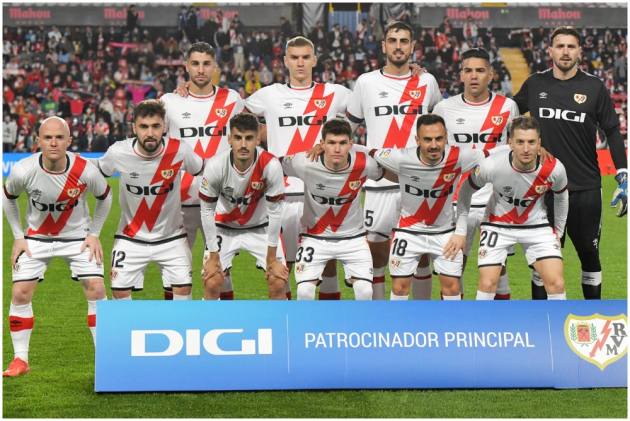 The veteran Colombia striker Radamel Falcao, who scored the winner in Rayo's win against Barcelona in the previous round, could not capitalize on his chances in drawing with Celta.

Rayo, back in the top-flight after two consecutive years in the second division, was trying to win six in a row at home for the first time since the late 1970s. It had won 10 straight first-division league matches at home against Celta.

Celta stayed in 15th place, only two points from the relegation zone. It had lost three of its last four league matches.

Falcao's best chances came in the first half with a shot from inside the area and a close-range header. He was substituted in the 73rd minute.

“We had the most significant chances but couldn't score,” Rayo coach Andoni Iraola said.

Levante remained the only winless team in the league after losing to Granada 3-0 at home in a match between teams near the bottom of the standings.

The result extended Levante's winless streak to 20 league matches going back to last season, its worst run ever in the competition. It had never gone without a win in its first 12 games.

Germán Sánchez, Luis Suárez and Antonio Puertas scored for Granada, which has two victories and moved to 14th place.

At the top, Sociedad has a one-point lead over both Madrid and Sevilla. Defending champion Atlético Madrid is in third place, another point back.