The victory moved Betis to sixth place in La Liga with three rounds remaining, two points in front of Villarreal. The teams in fifth and sixth places qualify for the Europa League next season 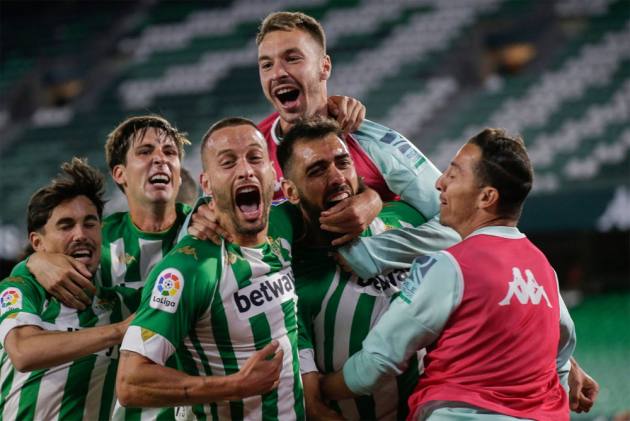 Borja Iglesias scored twice, including in the 87th minute, as Real Betis defeated Granada 2-1 to move closer to a Europa League spot in the Spanish league. (More Football News)

The victory moved Betis to sixth place with three rounds remaining, two points in front of Villarreal. The teams in fifth and sixth places qualify for the Europa League next season.

Betis is at last-placed Eibar on Thursday, while Villarreal visits relegation-threatened Valladolid on the same night.

Iglesias opened the scoring in the 39th and Granada evened the match through Darwin Machís in the 66th.

Iglesias netted the winner off an indirect free kick inside the area prompted by Granada goalkeeper Aarón Escandell picking up a pass from a teammate with his hands.

Granada was 10th in the 20-team standings.