With this draw, Atletico Madrid are at sixth spot in La Liga with 19 points from 10 games. Atletico coach Diego Simeone was also sent off with two yellow cards for complaining to the referee. 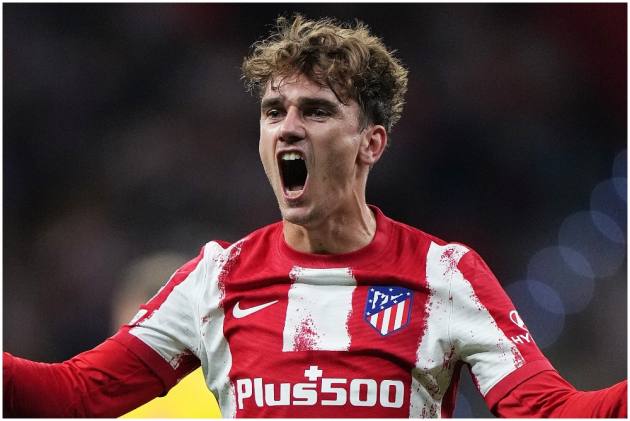 Sociedad broke the four-way tie at the top of the league with a 2-0 win at Celta Vigo on Thursday, while Atletico fell further behind after drawing 2-2 at second-to-last-place Levante.

Alexander Isak and Aritz Elustondo scored second-half goals to put the Basque Country club back in sole possession of the lead after 11 matches. It is three points ahead of Real Madrid, Sevilla and Real Betis.

Madrid and Sevilla, which drew their matches on Wednesday, have a game in hand. Betis, coming off a win against Valencia, has the same 11 points as Sociedad. Madrid was held by Osasuna at home and Sevilla drew at Mallorca.

“We are not thinking too much about being in the lead,” Sociedad coach Imanol Alguacil said. “We have to start thinking about our next match, regardless of our position in the standings.”
The win extended Sociedad’s unbeaten run to 10 straight league matches, with seven wins and three draws, including 2-2 at Atlético last Sunday.

Sociedad hasn’t lost in 13 consecutive matches in all competitions, with its only defeat coming in the league opener against Barcelona at the Camp Nou Stadium. Celta Vigo, which has lost five of its six matches at home this season, stayed in 14th place with 10 points from 11 matches.

Isak opened the scoring for the visitors from close range in the 54th minute after video review intervened to reverse an offside call. Elustondo added to the lead after a corner in the 79th. Sociedad’s Australian goalkeeper Mathew Ryan made several key saves to keep Celta from getting on the board.

Atletico had a chance to join the group of teams tied for second with a win at Levante but it twice relinquished the lead in Valencia. It struggled in attack despite starting with Luis Suarez, Antoine Griezmann and João Félix up front.

Griezmann and substitute Matheus Cunha put Atlético ahead but two penalty kicks converted by Enis Bardhi leveled the match for the hosts. The first penalty came after a foul by Suárez, while the second came after video review saw a handball by defender Renan Lodi after a cross into the area.

“It was a tough match for us,” said Cunha, who scored his first goal since joining Atlético this season. “We are not happy with the draw but we have to keep working.” Atlético was coming off a 2-2 draw at home against Sociedad. It dropped to sixth place with 19 points from 10 matches, five points off the lead with a game in hand.

Levante, which had lost four of its last five matches, remained one of the two teams yet to win this season, along with Getafe. It has six points from six draws in 11 matches. Atlético coach Diego Simeone was sent off with two yellow cards for complaining to the referee. Levante defender Rober Pier was sent off after the final whistle, also with a second yellow for complaining.

Last-place Getafe had its winless streak extended after it conceded an equalizer seven minutes into second-half stoppage time at Granada. Former Getafe striker Jorge Molina scored the late goal for the hosts with a header following a corner. Enes Unal had put Getafe ahead in the 36th.

Granada forward Luis Suárez missed a penalty kick in the 78th. Granada, which has won only once this season, stayed just outside the relegation zone, five points ahead of Getafe.