Samuel Chukwueze and Karl Toko Ekambi were on the scoresheet as Villarreal handed a 5-1 defeat to Real Betis in Friday’s La Liga game. 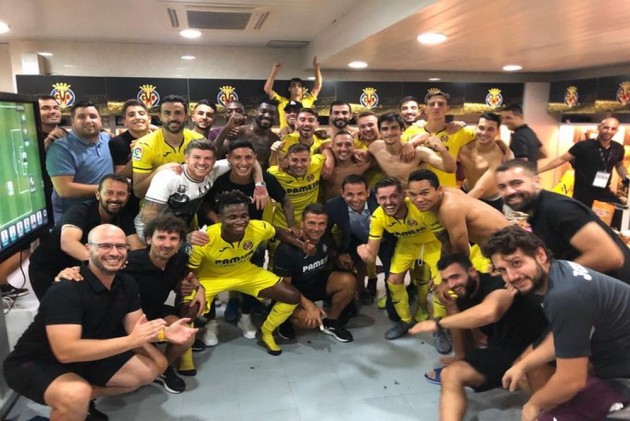 Villarreal routed Real Betis 5-1 on Friday (September 27) for their third win in four matches, moving near the top of the La Liga table. (FOOTBALL NEWS)

Karl Toko Ekambi scored twice and Santi Cazorla, Gerard Moreno and Samuel Chukwueze added a goal each to give Villarreal the comfortable victory at home. Emerson scored for Real Betis at the Cerámica Stadium.

The victory moved Villarreal to fifth place with 11 points. It is three points behind leader Real Madrid, which on Saturday visits crosstown rival Atlético Madrid. Villarreal's only setback in the last four rounds was a 2-1 loss to two-time defending champion Barcelona at Camp Nou Stadium on Tuesday.

Real Betis, which was unbeaten in its last four matches, stayed ninth in the 20-team table, with eight points. Barcelona, without the injured Lionel Messi, visits Getafe on Saturday.