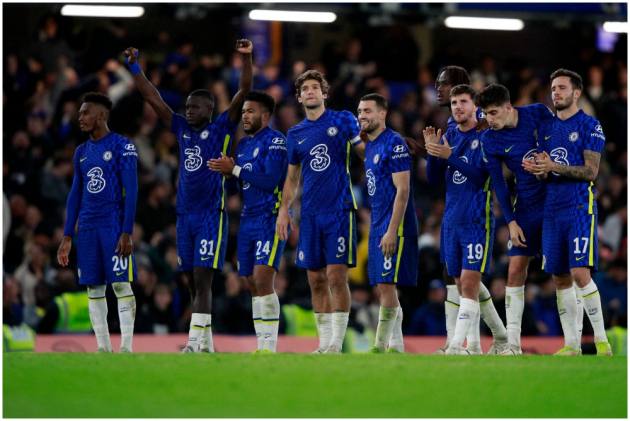 Chelsea defeated Southampton in the penalty shootout to advance to the quarterfinals in the League Cup at Stamford Bridge in London on Tuesday. (More Football News)

Reece James netted the penalty that sealed the deal for Chelsea by 4-3. The game was tied 1-1 after Kai Havertz’s header for Chelsea just before halftime was canceled out by Che Adams' tap-in two minutes into the second half.

Thomas Tuchel's Premier League leaders had reached the fourth round by beating Aston Villa on penalties, having also started the season by winning the UEFA Super Cup in a shootout against Villarreal in August.

In another all-Premier League encounter, Arsenal beat Leeds 2-0 at Emirates Stadium in London.

Calum Chambers put Arsenal in front with his first touch after replacing the injured Benjamin White, heading in a knockback from Nicolas Pépé in the 55th minute. It was the defender's first goal since 2019.

Eddie Nketiah, who previously spent time on loan at Leeds, doubled Arsenal’s advantage. He latched onto a weak defensive header from Liam Cooper, rounded goalkeeper Illan Meslier and came close to missing a tap-in before being able to celebrate.

Arsenal has now won six of its last eight games in all competitions and is unbeaten since August but is 10th in the Premier League.

There will be a third-division team in the last eight after Sunderland beat second-tier Queens Park Rangers 3-1 on penalties after the game at Loftus Road in west London ended 0-0 after 90 minutes.